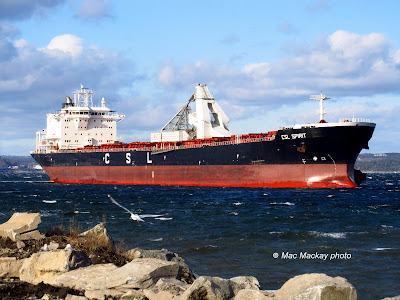 1. CSL Spirit, now a Canadian ship, has turned around in the Bedford Basin and is heading south toward Pier 9A. Her unloading boom has been slewed to the port rail to free up deck space. 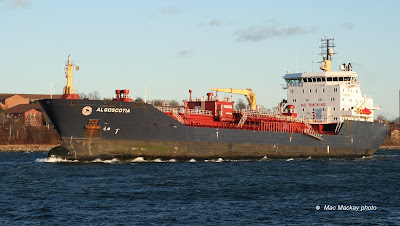 2. Algoscotia in the Narrows, northbound in ballast, heads for an anchorage in Bedford Basin. 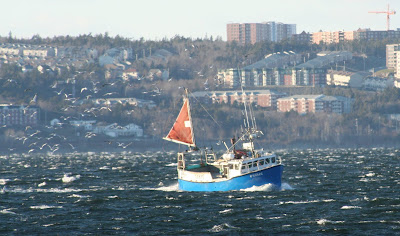 3. The lobster boat Oralee has checked its traps in the Basin and is tailed by hundreds of gulls waiting for a few morsels of old bait. 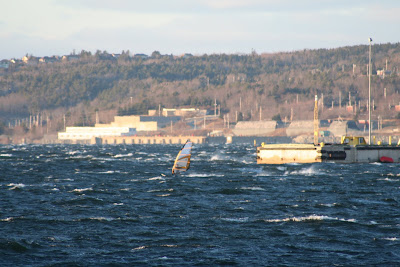 4. One wind surfer off the Bedford Institute dock (with Bedford Magazine in the background) tempts fate.

What little action there was today was mostly in the Bedford Basin. The newly Canadianized CSL Spirit arrived and went into the Basin to turn around before coming back alongside Pier 9A. This is now favourite spot for refits and repairs, since it doesn't tie up the south end piers, which see more commercial activity. [see also: http://shipfax.blogspot.com/2011/11/csl-spirit-soon-to-be-canadian.html ]
Algoscotia however had been at Pier 33 for repairs since December 14, but moved to the Basin this afternoon to anchor.
Also noted in Bedford Basin: one lobster boat, and one wind surfer. The stiff wind and below zero C temperatures didn't seem to bother either of them.
.
Posted by Mac at 7:42 PM