Private Robertson VC- in from sea trials; Montreal- into drydock, Fulmar-outbound for sea 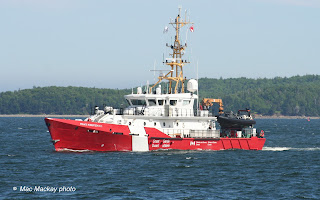 The first Hero class patrol boat, Private Robertson VC, spent the day off Halifax on sea trials. Unofficial indications are that they went well, but as with all new builds, it will still be some time before the ship is handed over. 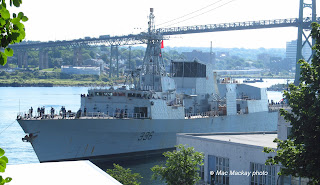 At the same time HMCS Montreal entered the graving dock at Halifax Shipyard for her FELEX refit. The ship was in the news today because of the delays to the navy's new Sikorsky Cyclone helicopters. The ship was refitted to accommodate the helicopter, but as a result cannot handle the existing Sea Kings. This will not be an issue if the ship is in refit! However sister ship HMCS Regina had to be un-refitted to take up her duties in the Far East with the Sea King. The Cyclones continue to be delayed, with no firm delivery date in sight. 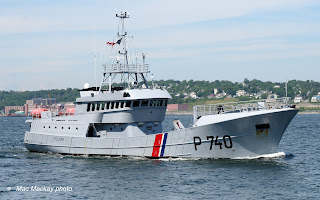 The French patrol vessel Fulmar left port after her annual courtesy call. This time she took a pilot, avoiding the potentially disastrous incident of a previous visit when the ship was incommunicado while attending the start of a sailing race, with major harbour traffic in the vicinity. One hopes that heads rolled after that episode.
Posted by Mac at 4:47 PM