Melfi Marine, one of the lines serving Cuba through Halifax, has chartered a wide array of ships over the years, and some make very few voyages for the line, others are on hire for longer periods. Therefore I always make an effort to catch a ship on its first trip to Halifax, in case it doesn't come back.
I had to be patient for today's arrival. Ocean Emerald arrived off Halifax March 17, but anchored outside until in came in to Halterm at noon time. 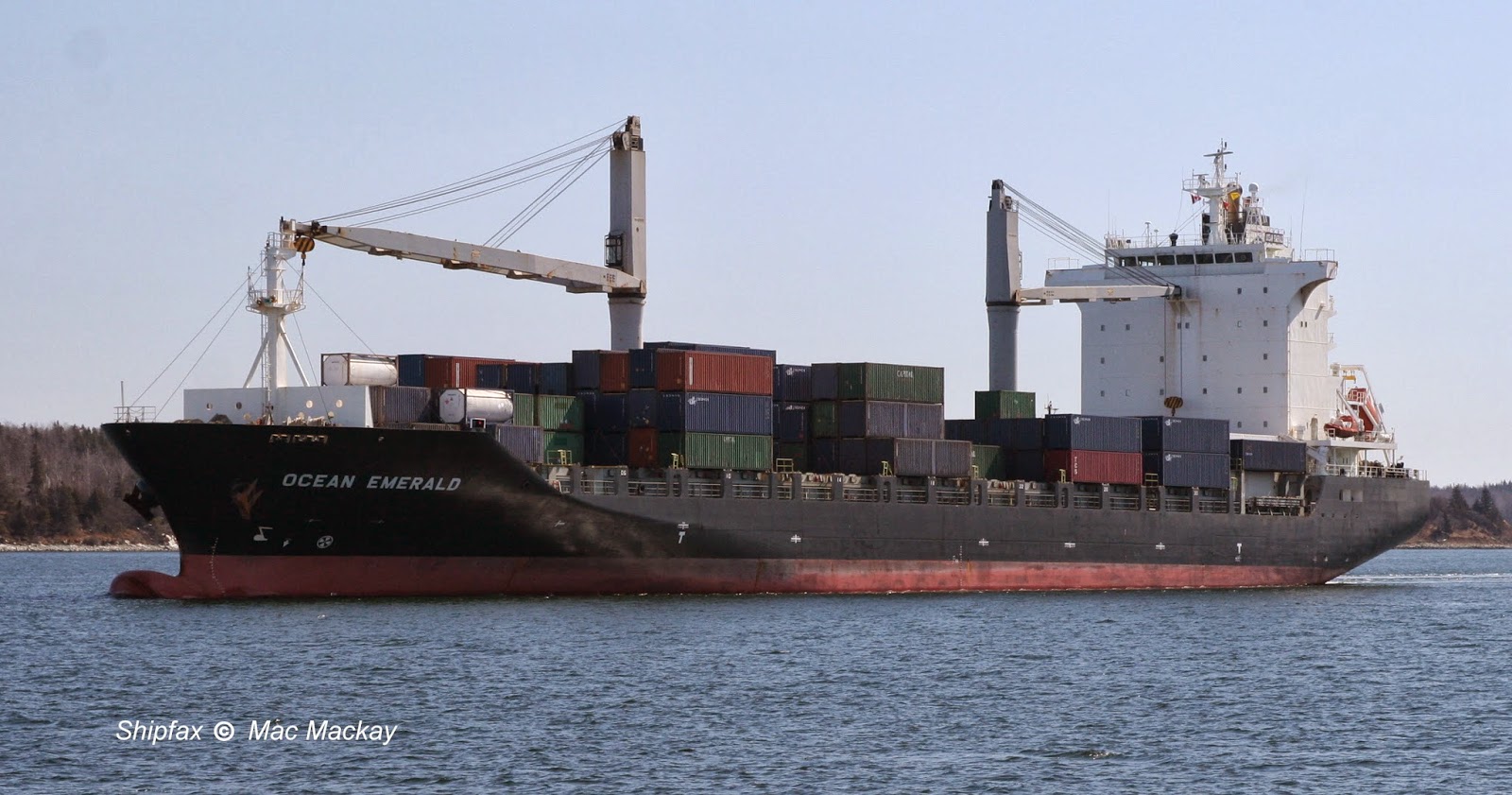 Unusually for ships these days, this one was built in Taiwan by China Shipbuilding Corp, Kaohsiung, Otherwise it is built to a fairly standard pattern, 18,123 grt, 22,314 dwt, with a pair of 40 tonne centreline cranes. It has a capacity of 1713 TEU and has carried the same name since built in 2008 for the Carsten Rehder Reederei of Hamburg. It flies the Liberian flag. 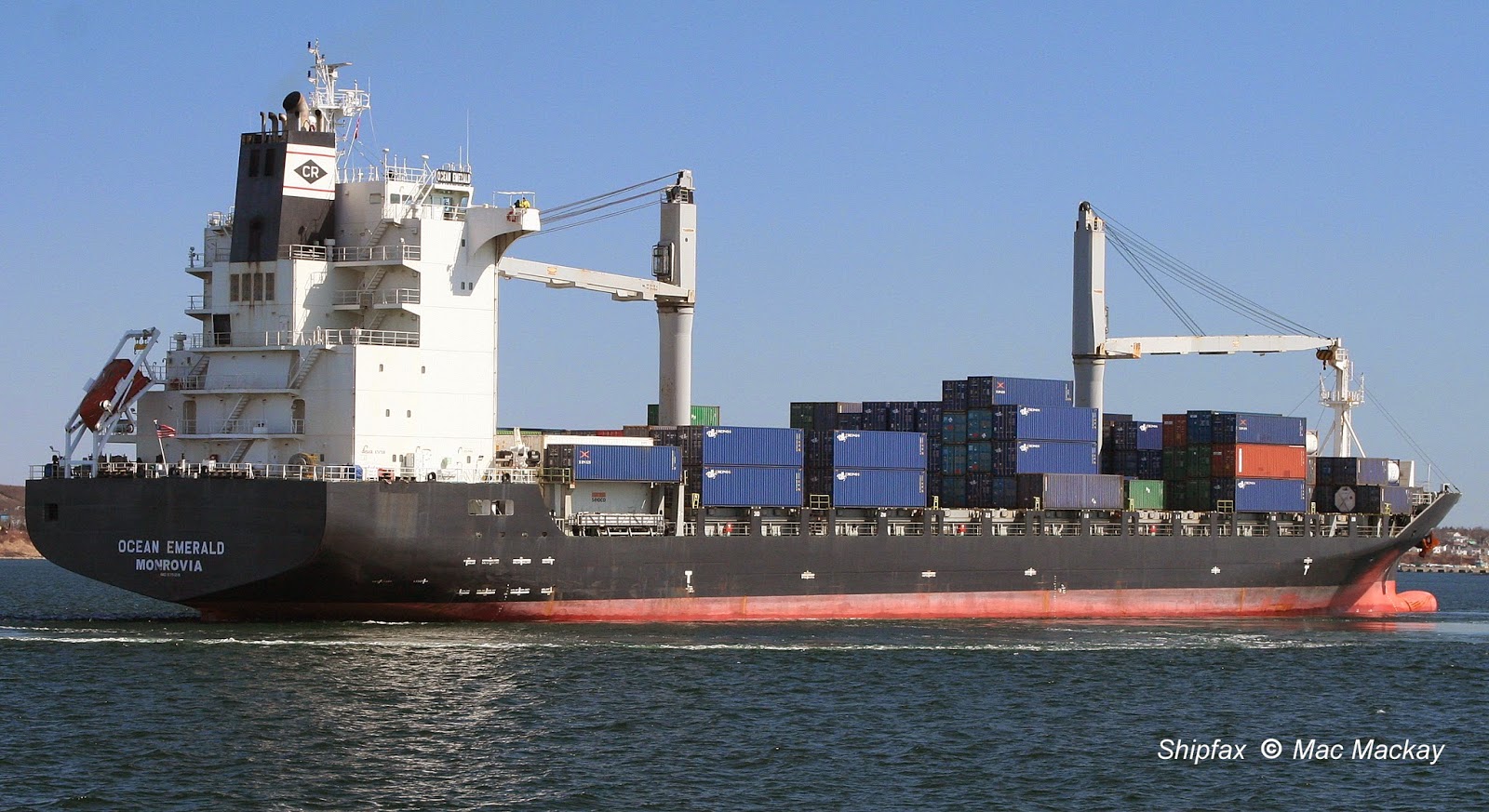 After turning with the assistance of the tug Atlantic Willow the ship backed down to come alongside pier 42.