In last week for its asian gypsy moth inspection, http://shipfax.blogspot.ca/2015/04/saturday-round-up-and-spring-may-be-here.html  the Quadriga was back today on the Maersk transatlantic service (but two days behind schedule), having been to Montreal and back. The ship is a substitute for the regular ship in the rotation, Maersk Pembroke which is in drydock in Gdansk, Poland for maintenance. 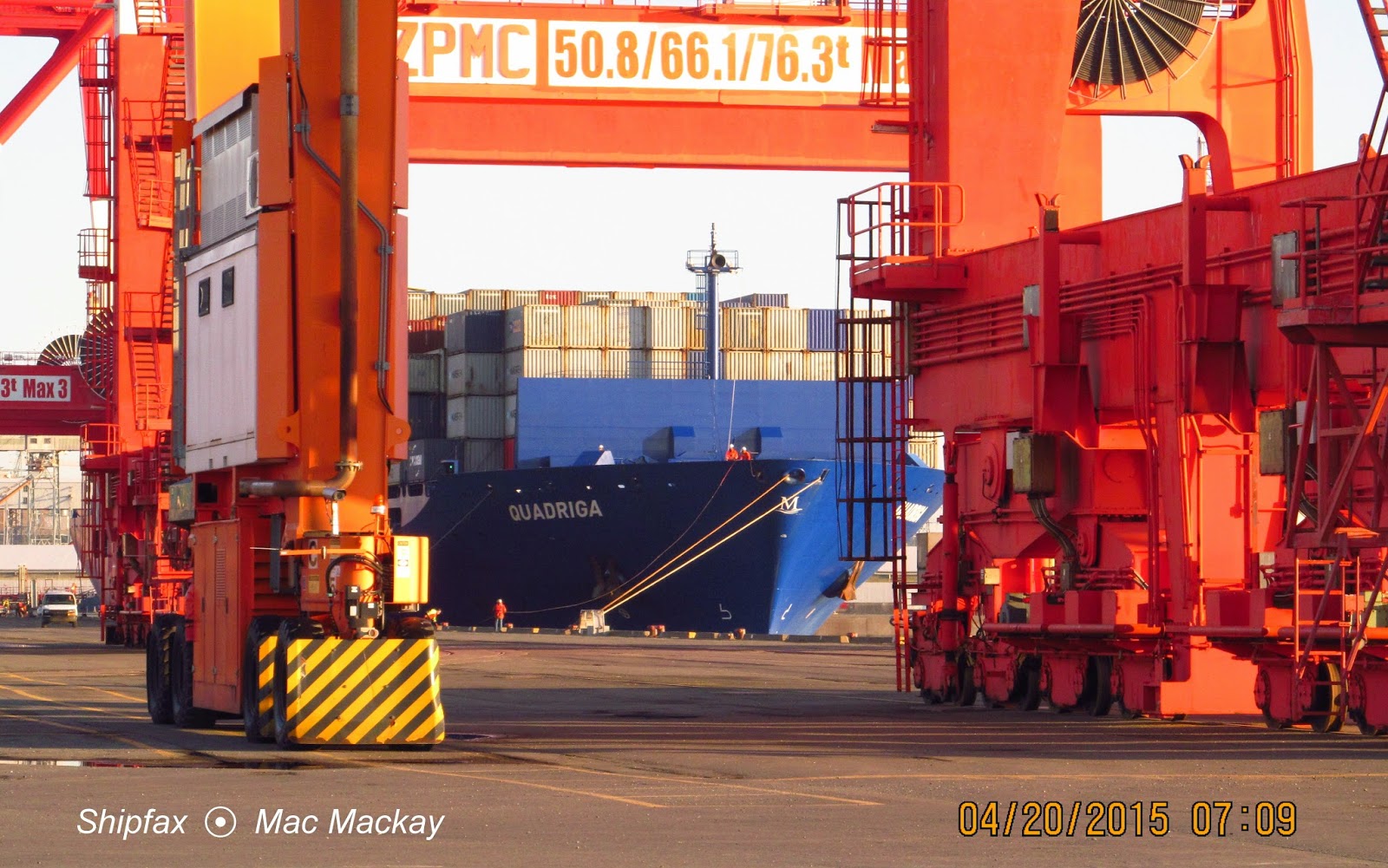 Linehandlers make fast the headlines for Quadriga at Halterm early this morning.

Maersk has announced changes in the service, which was called TA4, but is now called Canada Atlantic Express. The TA4 name has been applied to a new transatlantic service from Bremerhaven, Rotterdam, and Antwerp to Newark and Savannah.

Its replacement is a surprise however: Stadt Cadiz, which has been operating on Evergreen's Florida/ Dominican Republic / Venezuela service. The 35,878 grt, 41,2314 dwt ship has a capacity of 2758 TEU (500 refrigerated) and carries four cranes; one 45 tonne and three 35 tonne. Built in 2010 by Guangzhou in China, it is at least a modern and presumably efficient ship. Owned by T+H of Germany, it is registered in Antigua and Barbuda. It is the former Calandris, and if it is assigned to the PAE service for any length of time, it may well be renamed.

The routing of the Canada Atlantic Express service remains the same: Montreal, Halifax, Bremerhaven, Rotterdam, Antwerp and back to Montreal. 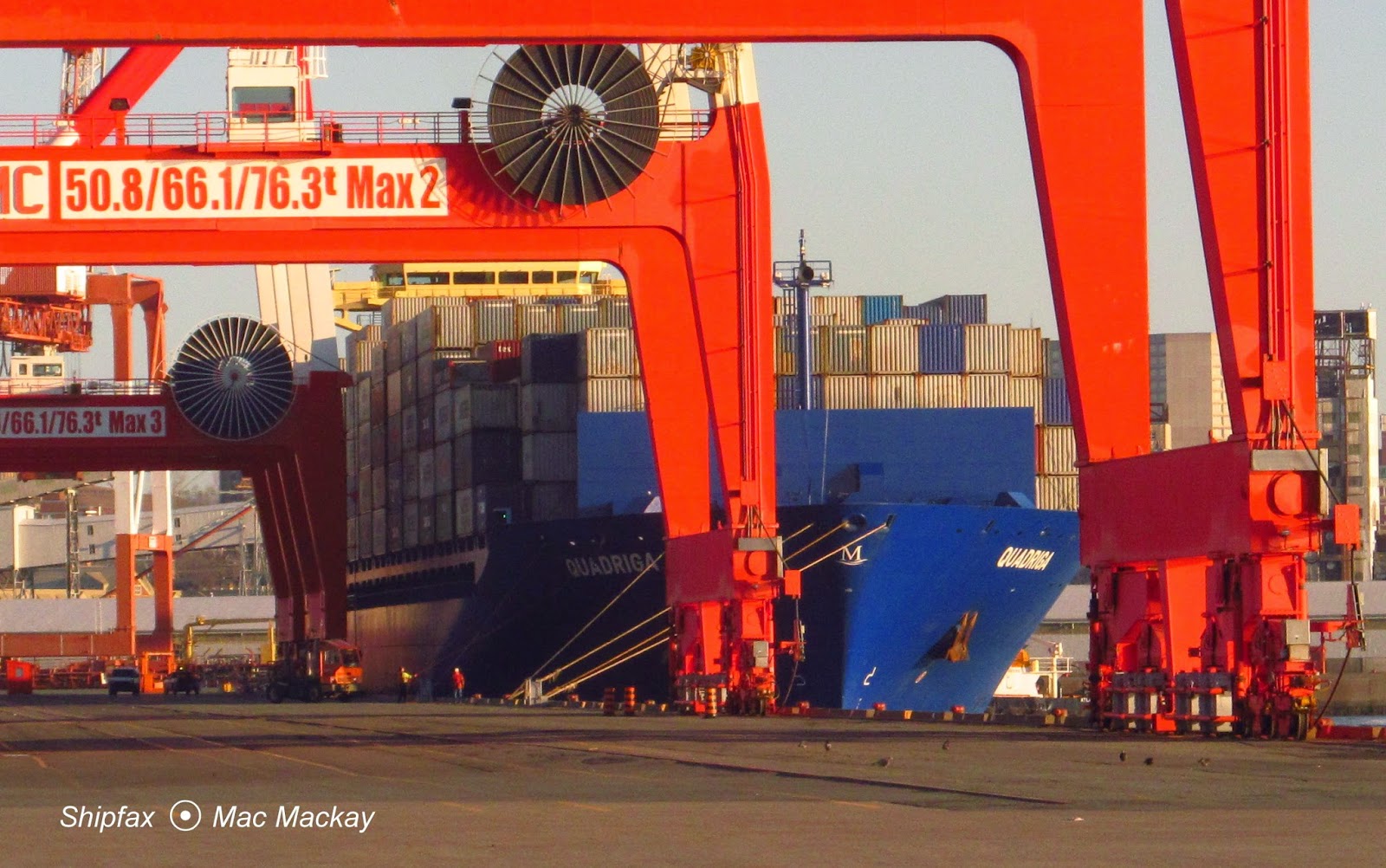 The ship was ready for the start of work at 0730 hrs, but will not be sailing until 2030 hrs tonight.