Following a rainy and brief visit to Bridgewater today I am able to report that the sunken trawler known as Cape Rouge has been raised and is now sitting on an even keel at the city wharf, but the sound of pumps can still be heard. They may be keeping the boat afloat, but are more likely removing pollutants, including a significant quantity of fuel oil. 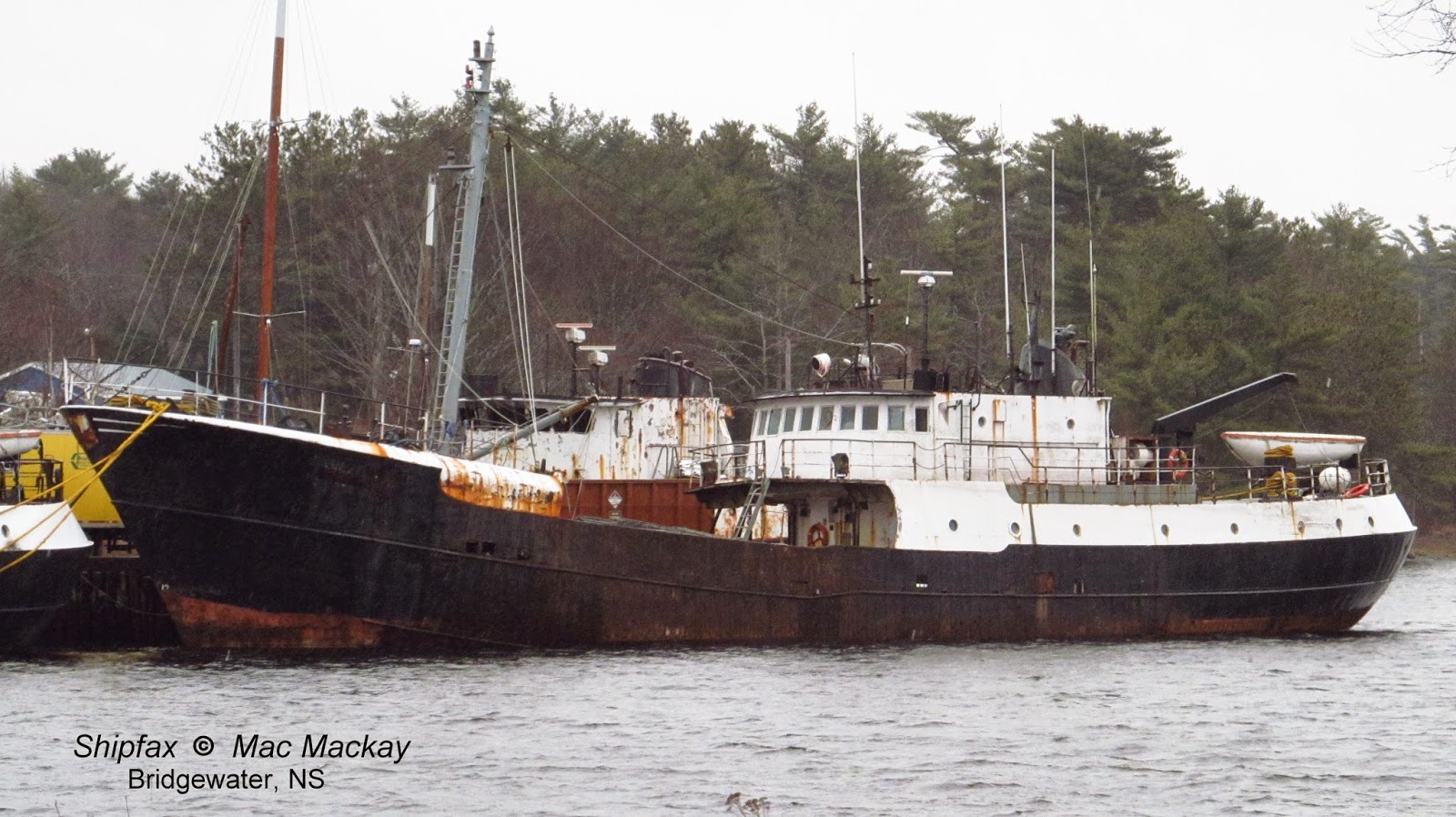 As previously reported the trawler sank inexplicably March 10 and was raised by the Canadian Coast Guard and hired contractors.  Its official name since 2003 has been Ryan Atlantic II, but it was built by Halifax Shipyards in 1967 as Cape Rouge for National Sea Products and re-adopted its original name for use in film work after Clearwater had sold it to a private owner.

Just a ahead of it along the pier is fleet mate Hannah Atlantic, built as Cape Anne by Halifax Shipyards in 1964, also for National Sea Products. It too migrated to Clearwater, but in 1985, and was sold off to private owners. 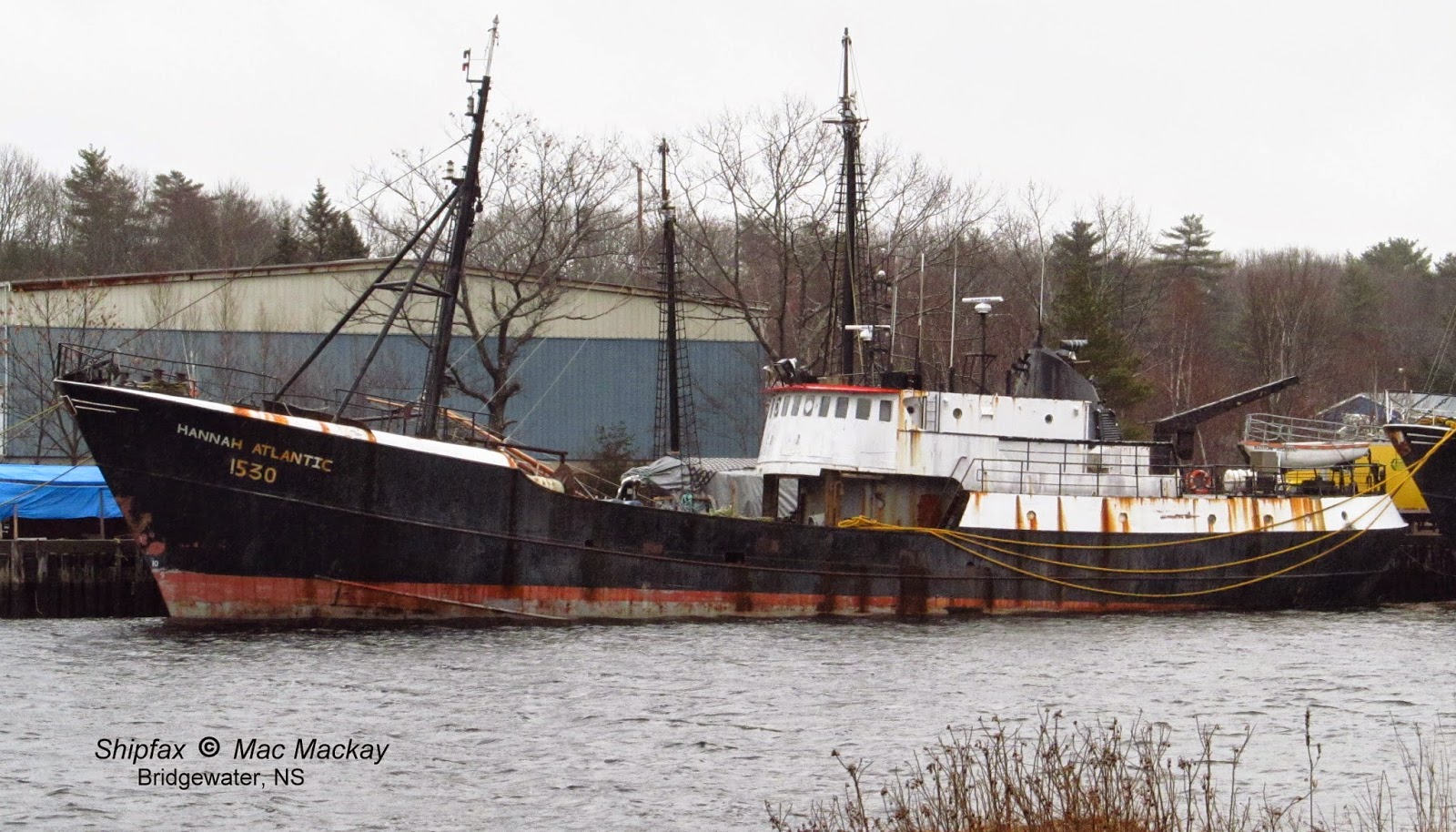 Built for the new groundfish plant at Battery Point in Lunenburg, the boat was launched January 30, 1964 after its 75 ton bow section was joined to the stern. Its aluminum and steel superstructure and engine were fitted after launch, at the fitting out berth. 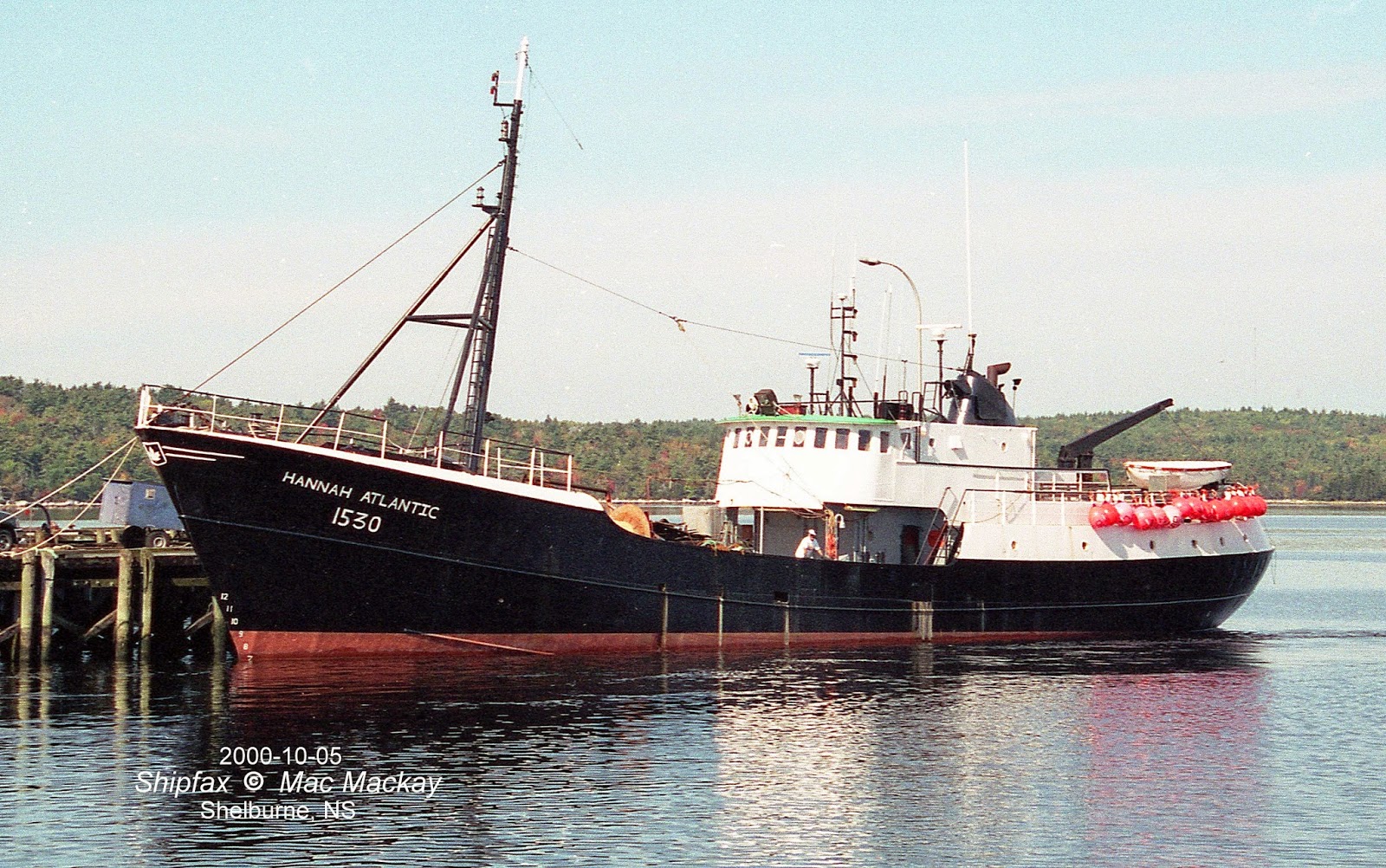 Seen in Clearwater ownership, it was based in Shelburne.Note the distinctive bridge wings, which were not given to later trawlers such as Cape Rouge.

Ahead of these is the ill-starred former HMCS Cormorant. The diving support vessel, converted at great tax payer expense from a fishing trawler, has been tied up in Bridgewater since 2002, after a dispute between owners. It would appear to have no seagoing future anymore, and remains mouldering at its berth.

Built as the fish factory stern trawler ASPA Quarto for Armatoriale Sarda Pesca Atlantica SpA, it was launched in 1965 by Cantiare Navale Apuania, Marina-Carrara, Italy. It then measured 1643 gross tons, and was powered by three KHD engines through electric drives to a single controllable pitch prop.
In 1975 the RCN acquired the ship and sent it to Davie Shipbuilding for conversion to a dive tender, and mother ship for submersibles Pisces IV or SLD-1. A large hanger was constructed on deck and a fixed gantry to handle the subs. It also had moveable gantry over is stern ramp. It was finally commissioned November 10, 1978 as the 2,350 tons (displacement) HMCS Cormorant ASL 20 and based in Halifax. It carried out numerous dives on the Atlantic coast, the high arctic and the Great Lakes. It also had another expensive refit at Pictou in 1987, and was paid off July 2, 1997.

On June 18, 1998 it was towed out to Shelburne by the tug Churchill River (now Mister Joe) where it was to be reconditioned for commercial diving and treasure salvage. The work was held up by various disputes, with the ship eventually winding up in Bridgewater, towed in by Swellmaster. Although sold to new owners in 2009 there appears to have been little activity on the ship in recent years. 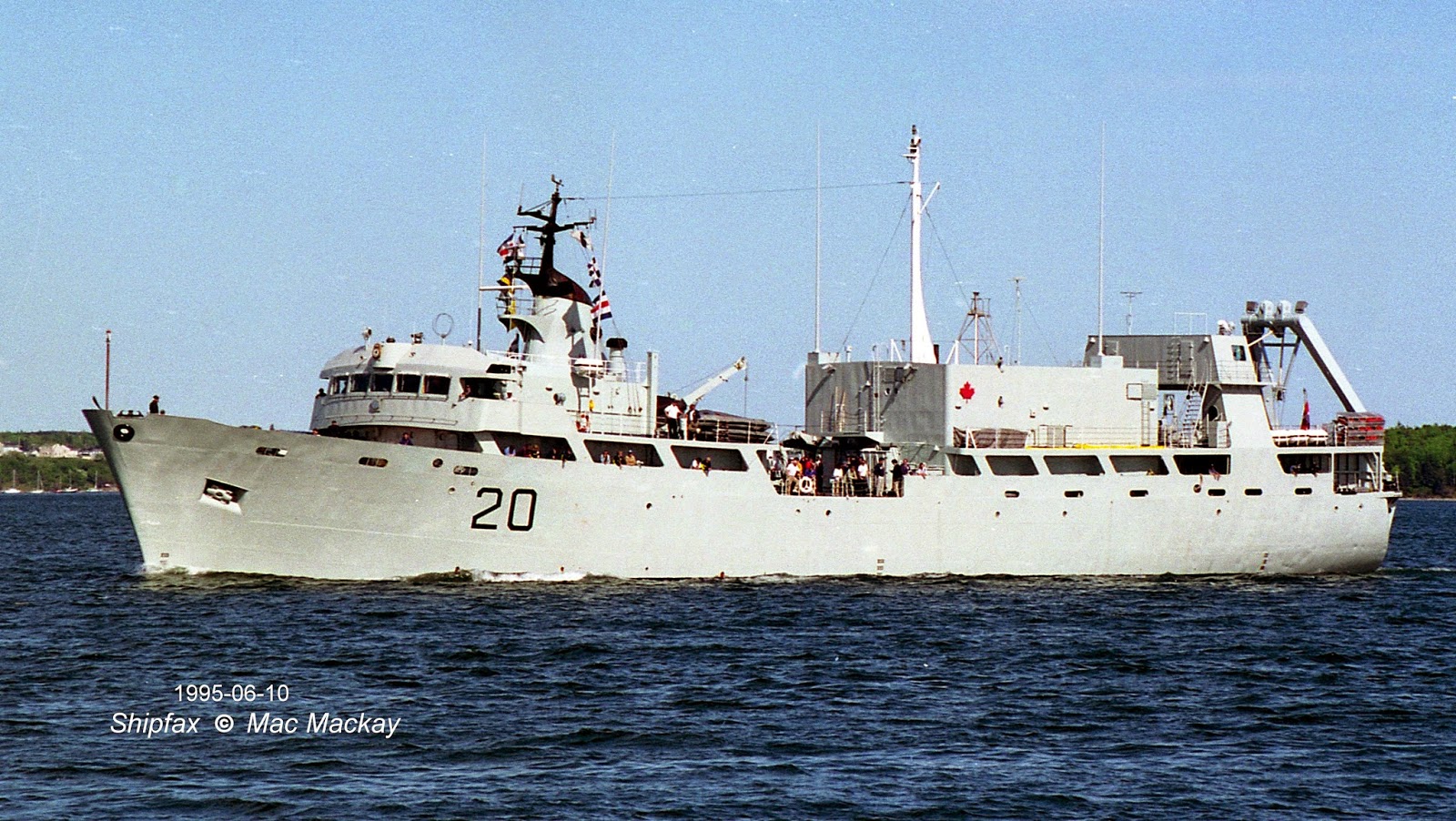 When in commission with the RCN it was a frequent sight in Halifax harbour, and usually looked quite tidy.