Canada's current federal election campaign may have, inadvertently, helped the country to dodge a bullet, aimed squarely at the Canadian navy.

Press reports state that a behind the scenes negotiation between Canadian politicians and France has been put on hold until after the election. The deal was to acquire one or both of the Mistral class helicopter carrying amphibious assault ships that France was building for Russia. That deal was canned when Russia misbehaved in Ukraine and Crimea. The lead ship was complete and ready for delivery when the cancelation order was finalized, and settlement has been worked out with Russia.

Some bright spark in Ottawa detected a bargain on the horizon, and another used ship deal was in the works. The ships are now for sale, but Canada may be too late when the election is over - let's hope so. 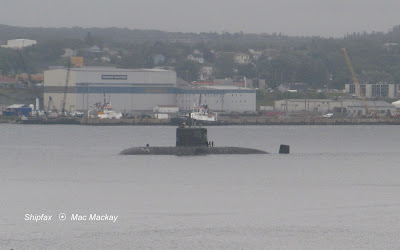 Canada's history with buying used ships has not proven to be very happy. The Upholder class subs are now in service, but at a huge cost and years of delays. These were bought used, with apparently very little due diligence. and have not only been a political embarrassment, but placed the RCN at a real disadvantage in capability and drained away funds.

The Mistral deal, perhaps to be brokered through NATO with one ship operated by the RCN for NATO, and one for the RCN alone, looks to me like a solution looking for a problem. And one that could divert funds for the current ship replacement program, which is apparently underfunded anyway. Adaptation and follow on costs for Mistrals would be huge - and would require a re-orientation of Canada's naval and air forces, that are already stretched too thinly over too many mandates already (e.g. arctic patrol, coast guard). Typically the politicians never get their numbers right and grossly underestimate all costs.

Copters, Fighters and Frigates
Military procurement is a favourite election topic, and history is littered with wrecked helicopters and other materiel. The current election now has proposals to cancel fighter jets to pay for frigates.

Best Hope
Our best hope is that the next government will feel obliged to carry through the present ship replacement program of frigate and replenishment ships, will find a way to fund destroyers, will find a way to get useful helicopters flying from those frigates and acquire some proven, fighter jets.
They would also "depoliticize" the procurement process and develop a military strategy that suits the needs of the nation and fund it without reservation.

If there is to be a new military direction for Canada, it will require a lengthy discussion with Canadians. Lets hope that happens too - but not during an election campaign.