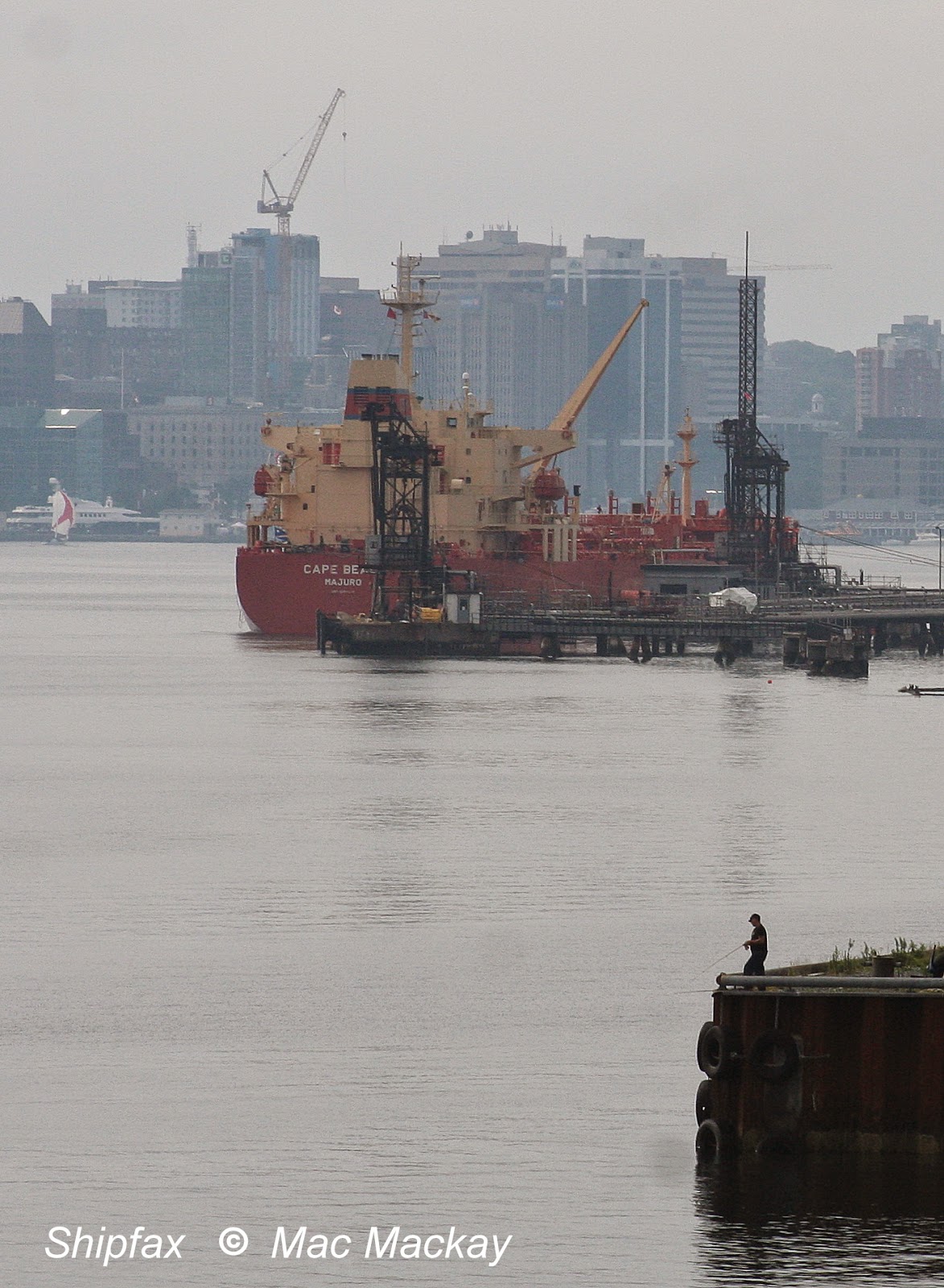 Shipfax has passed the 1500 mark in posts, so it is time for a break. I will take my usual August holiday from postings, due to traveling, and will be back on line early in September.
Posted by Mac at 1:37 PM No comments: 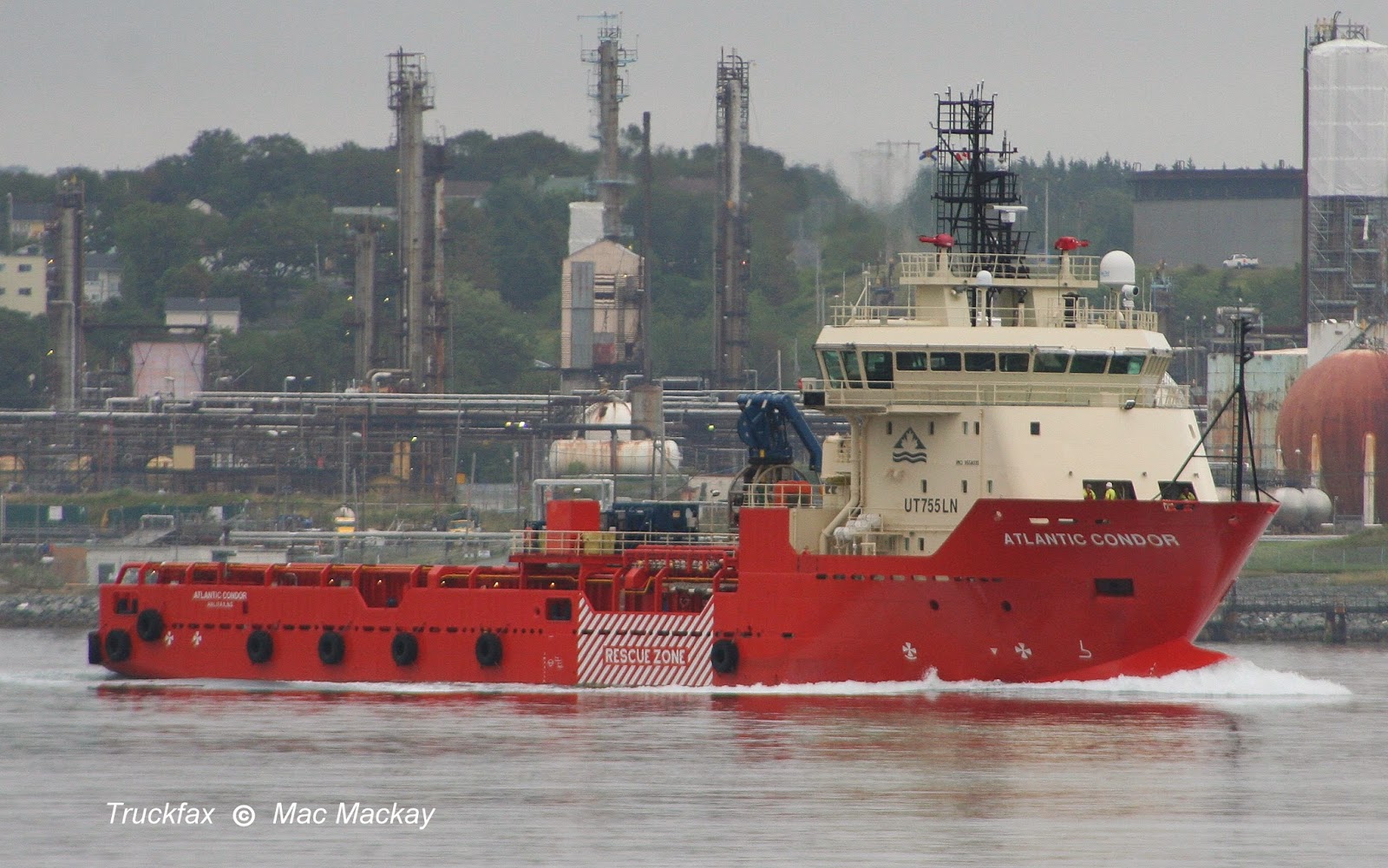 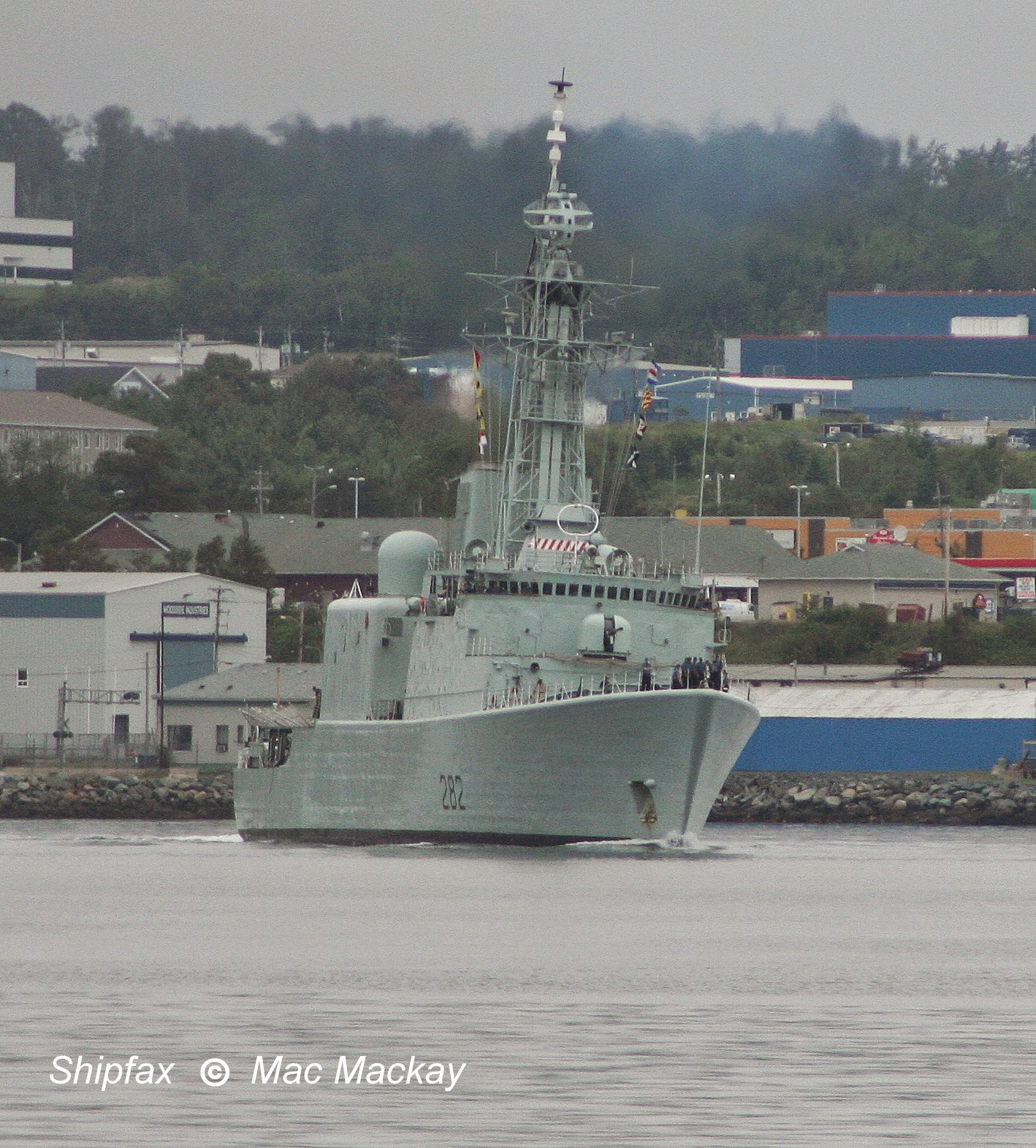 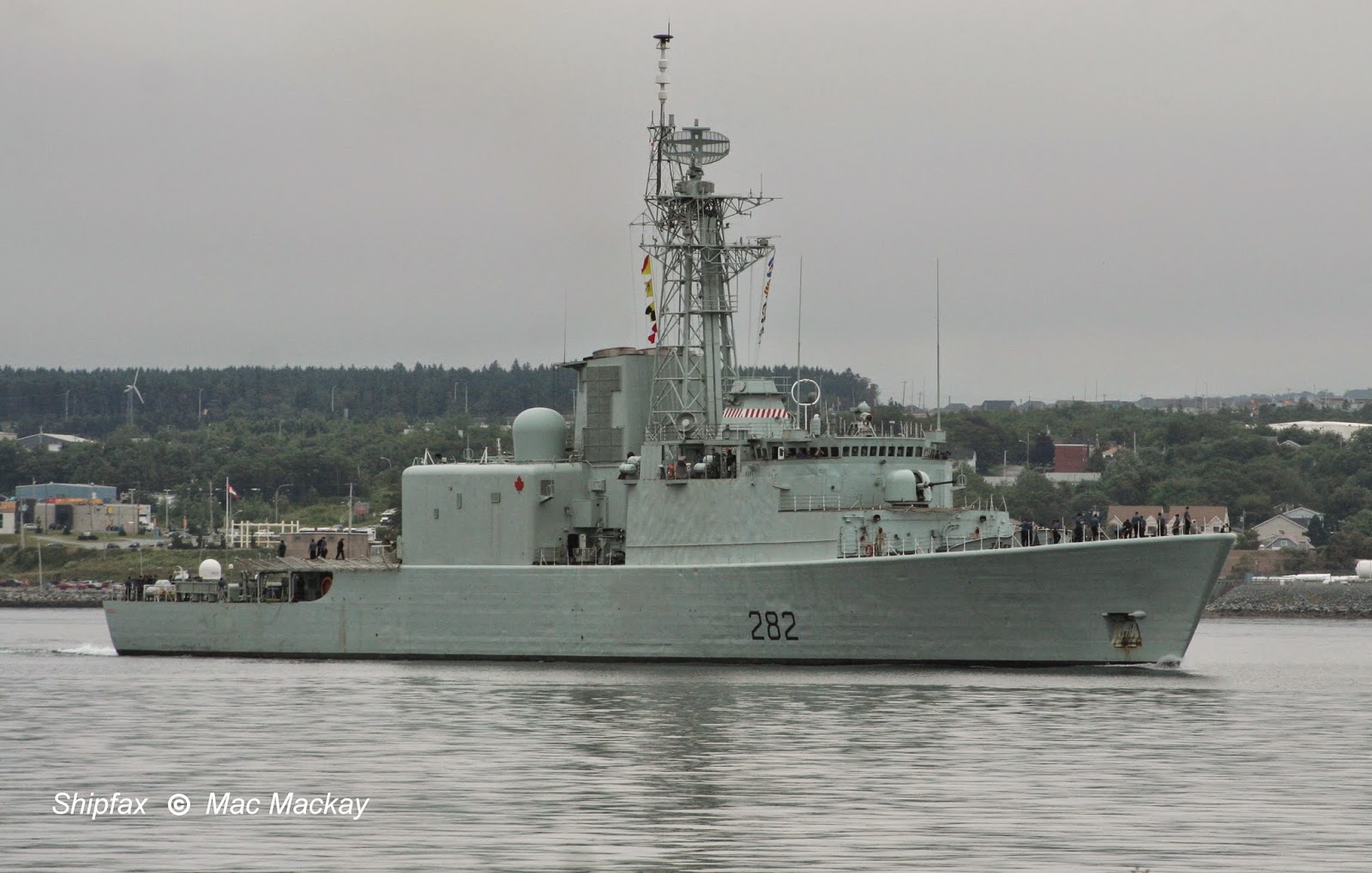 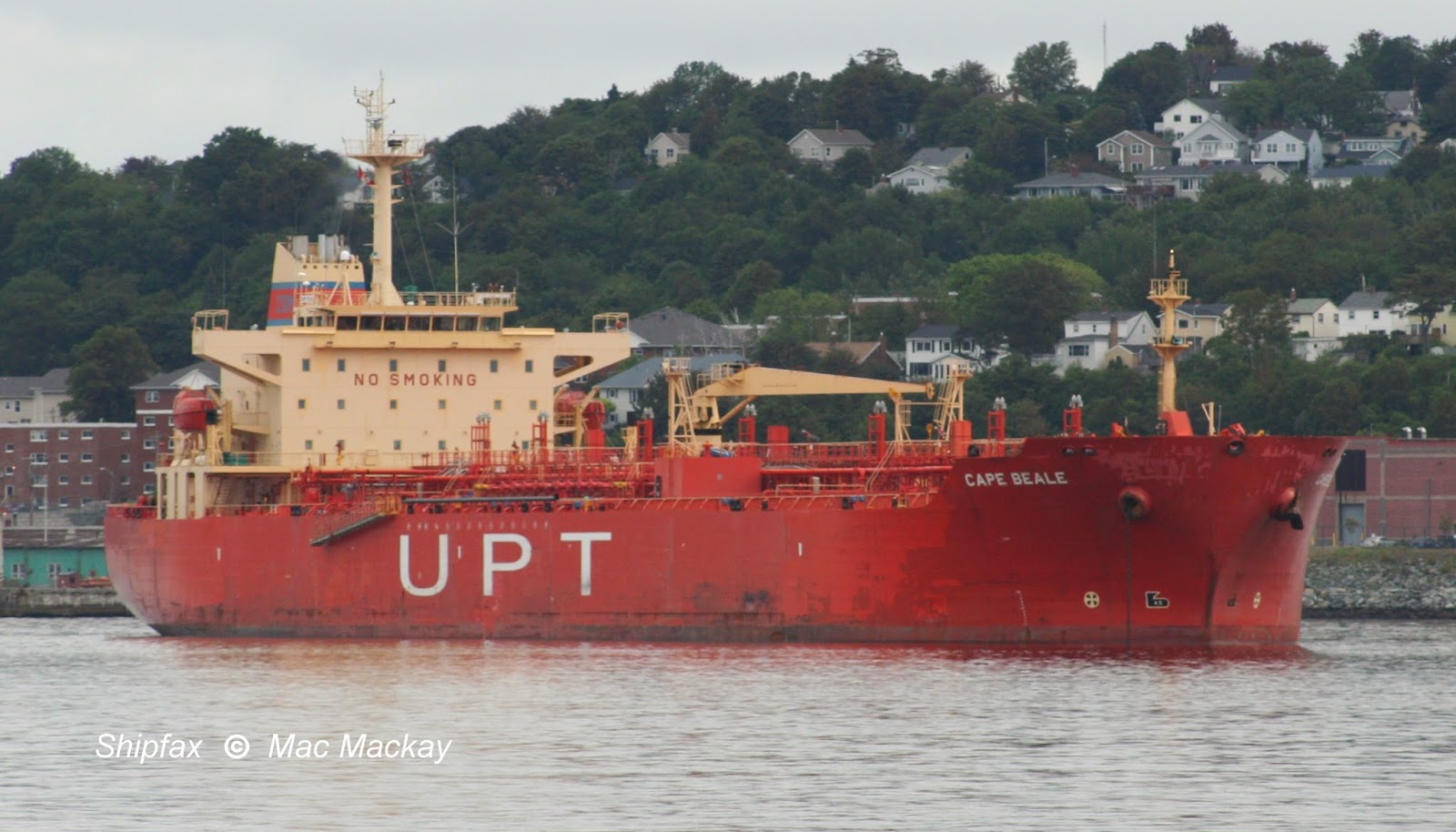 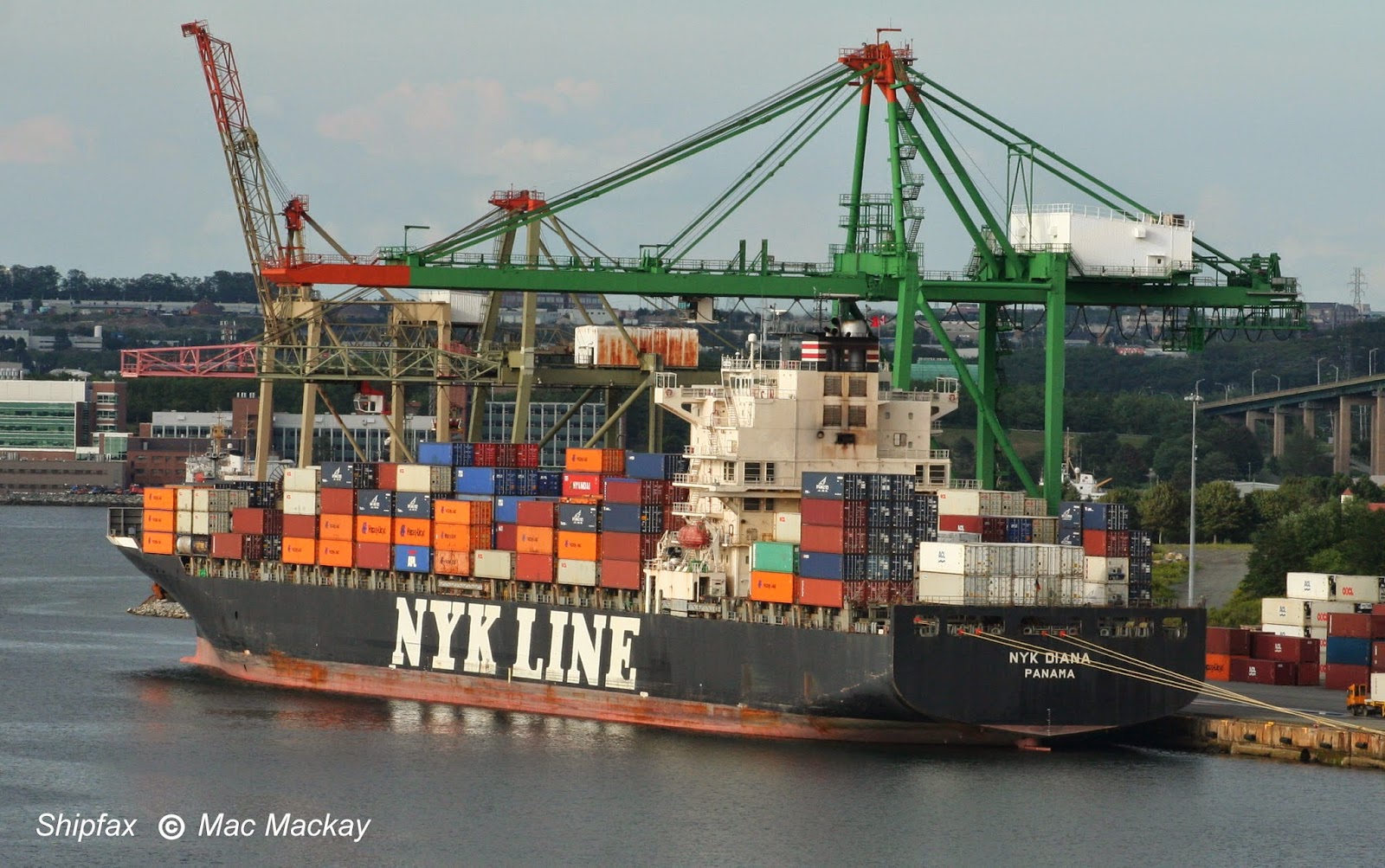 Sunday callers at Autoport are not unheard of, but they are fairly rare. Today's arrival was Crystal Ace  It was a hazy day so the ship's starboard side, was free of the deep shadow which would normally be the case.

While alongside at Autoport, ships send their head lines out to a pair of mooring buoys. The tug Roseway tends these lines, making its way from Dartmouth Cove to Autoport to meet the ship on arrival and back again to let it go. 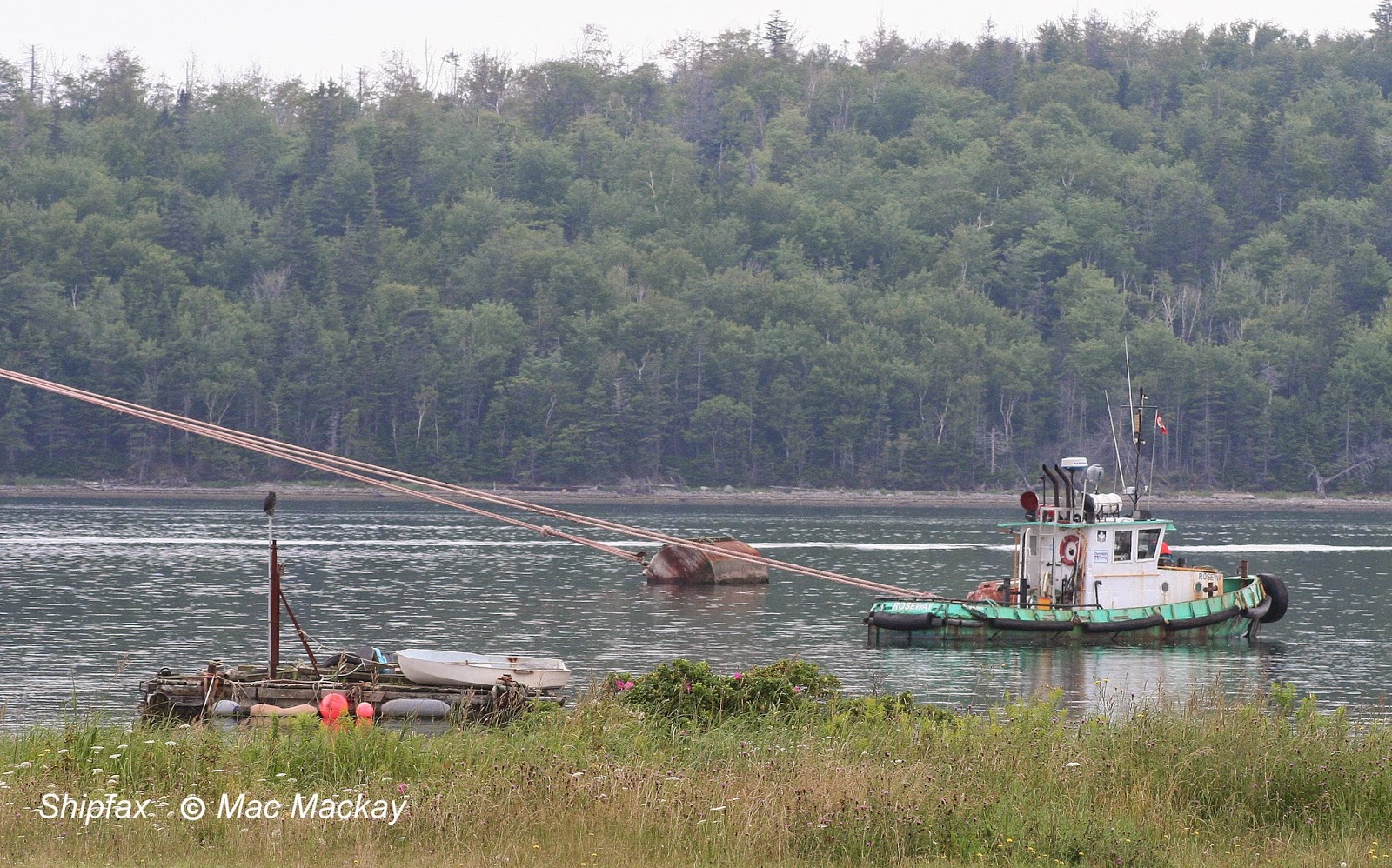 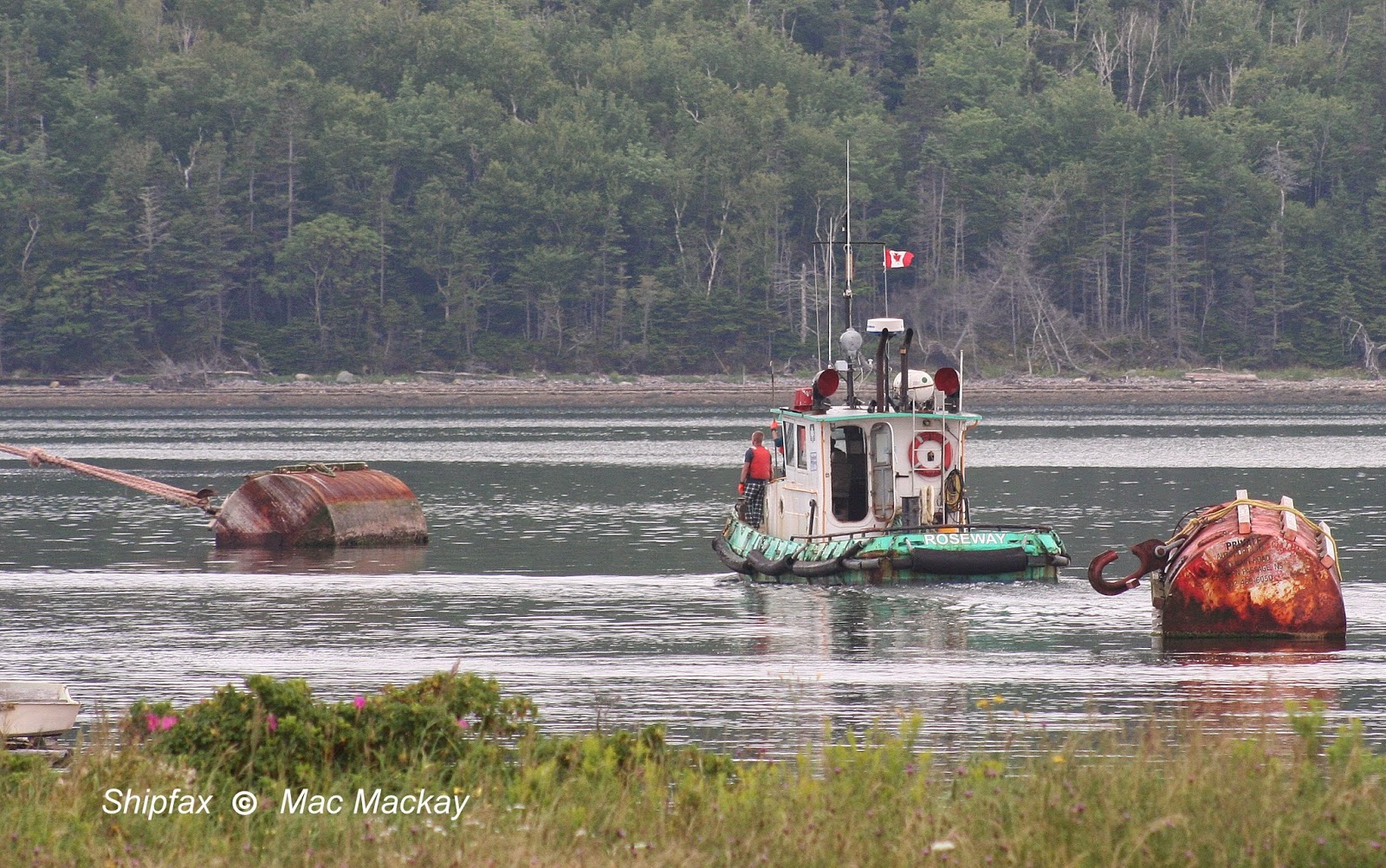 Once the lines are free, tugs (not visible behind the ship) ease the ship off the berth and it exits Eastern Passage for the main harbour and off to sea.

Crystal Ace dates from 2012 when it emerged from the Mitsubishi Heavy Industries Kobe shipyard. It is operated by Mitsui OSK Lines under the Marshal Islands flag and measures 60,131 grt.

Later in the evening the tanker Silver Express came to anchor for inspection. It was met by the tug Atlantic Oak which stood by, and the launch Halmar which took inspectors out to the ship. The ship's last port was Freetown, Sierra Leone, so let's hope they inspected for Ebola.

Built by Onomichi Dockyard, it is a 26,900 grt, 47,701 dwt product tanker operated by Doun Kisen of Japan, under the Panama flag.

It was a quiet day at HMC Dockyard, as the Standing NATO Maritime Group 2 flotilla rests in port for the weekend. All crammed together at Jetty November Bravo, the ships form a solid looking mass. 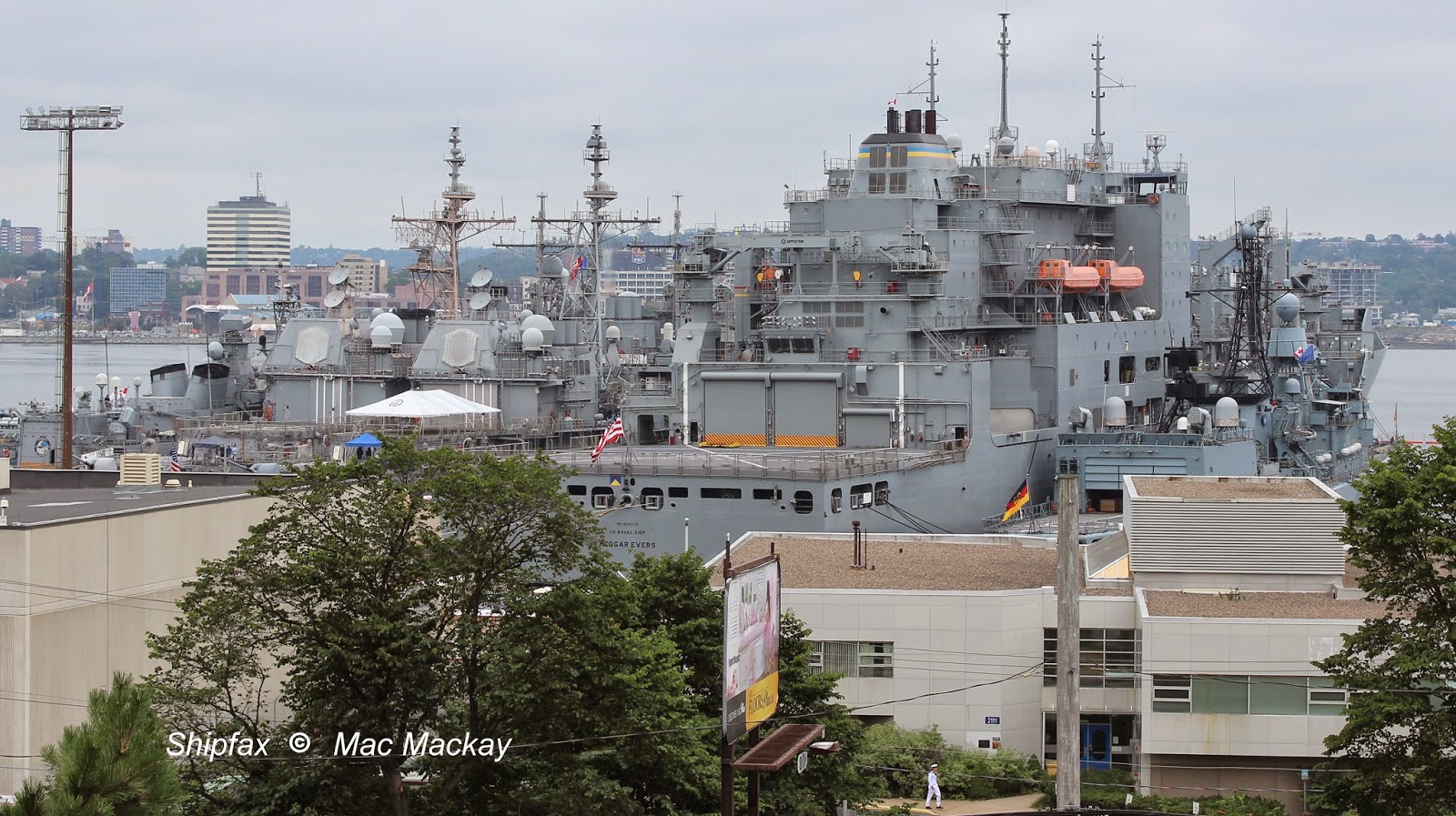 From the left TCG Kemalreis F-247 Anzac* class (Turkish), USS Anzio CG-66 (tan mast) and Leyte Gulf  CG-55, Ticonderoga class, on the south side of the pier. On the north side the massive USNS Medgar Evers T-AKE 13 Lewis and Clarke class, dwarfing FGS Niedersachsen F-208  Bremen class.
* [Kemalries shares the MEKO-200 platform with the ANZAC's, but it would probably be a stretch to say they are the same class. Portuguese run the MEKO-200s, as well as a few others, but the equipment fits are all different, and I'm not certain the ANZACs were even the first to hit the water.]

HMCS Regina was a member of the group but peeled off and headed for the Panama Canal on her way home to Esquimalt.

The ships are due to sail Tuesday morning for exercises, starting at 0900 on half hour intervals. Medgar Evers will move to Imperial Oil at 1100 and spend the day taking on fuel. 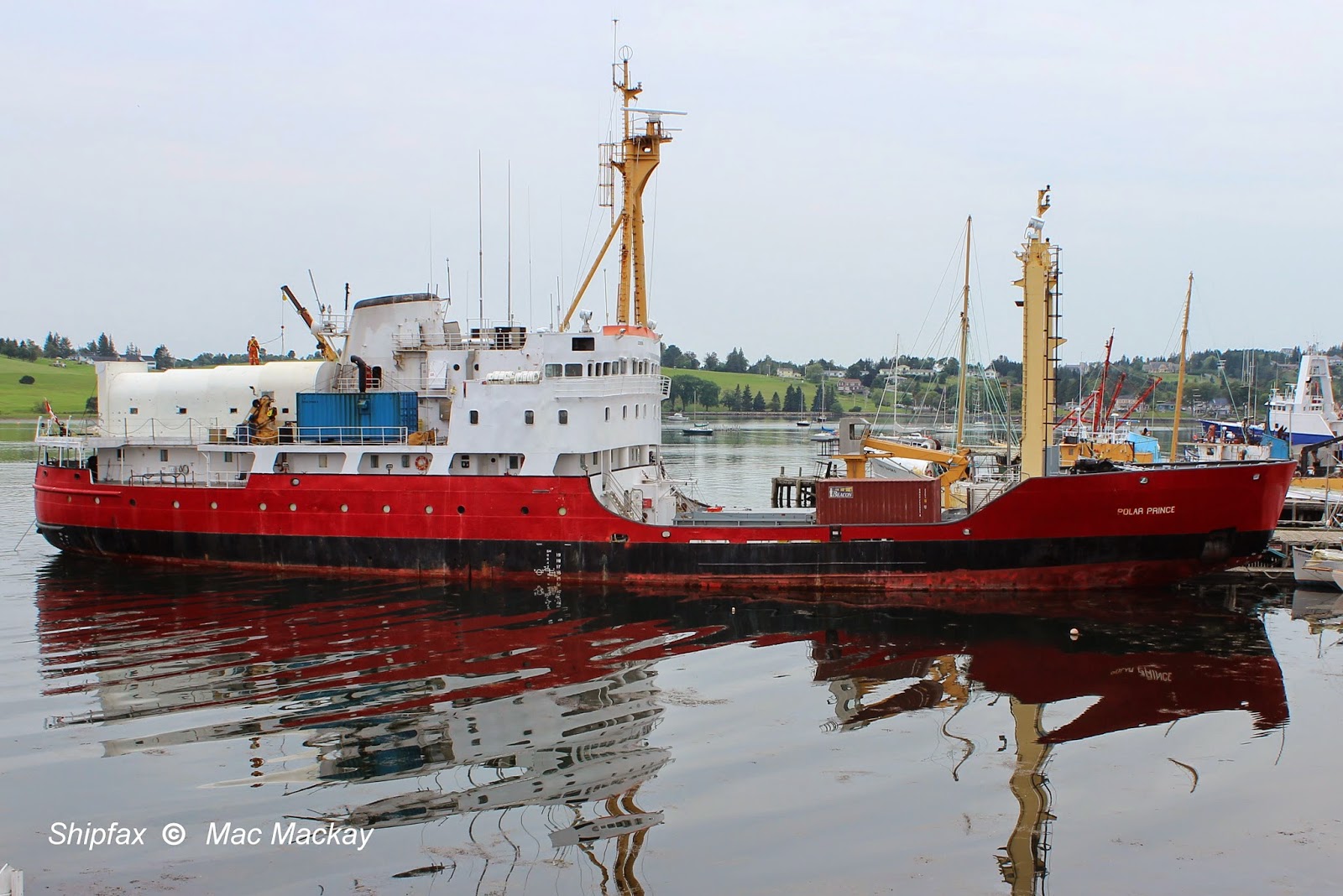 The Saudi ConRo Bahri Jeddah visited Halifax again on Friday. Delivered in January, she made her first call here in April: http://shipfax.blogspot.ca/2014/04/bahri-jeddah.html but she still looks brand new.

As usual her upper deck carries cars out in the open, while her lower RoRo decks carry vehicles and other cargo in sheltered conditions. The ship carries containers forward and has cranes if needed. While in Halifax a shore crane is used to handle the boxes.