It was a day of contrasts, both in colour but also in style.

The Portuguese naval training barque Sagres got underway after a three day visit at Pier 24. [see also Tugfax]. There was enough wind that the ship's sails were actually drawing after it made a turn in the harbour before setting out to sea. 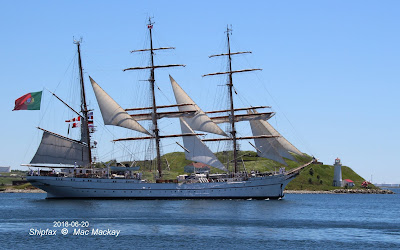 Sagres puts to sea passing George's Island.
Note the CCG helicopter next to the lighthouse.

When Sagres was here for Tall Ships 2009, it put on a real show under full sail. 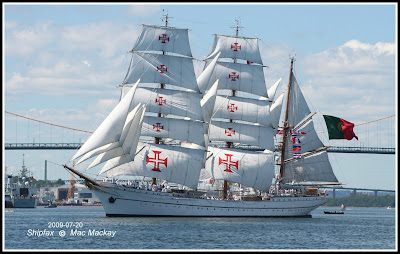 Sagres passing the reviewing stand for the Parade of Sail.

A more utilitarian vessel arrived late this afternoon in bright red paint (hence the contrast in the title).  Polar Prince, the former CCGS Sir Humphrey Gilbert made the headlines last year when it circumnavigated North America as part of the Canada C3 expedition.It returned to Lunenburg from that voyage where it spent the winter. 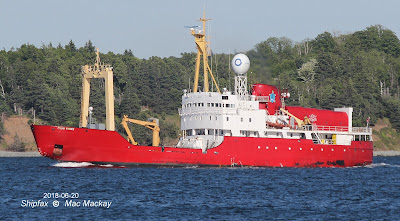 The ship still looks very trim despite being built in 1959. 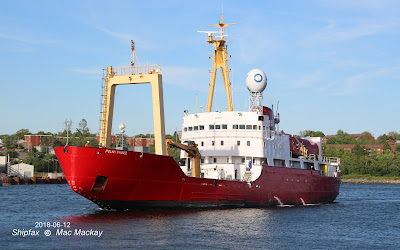 The ship's extreme icebreaker bow was built by Halifax Shipyard and installed during a refit in 1984-85. 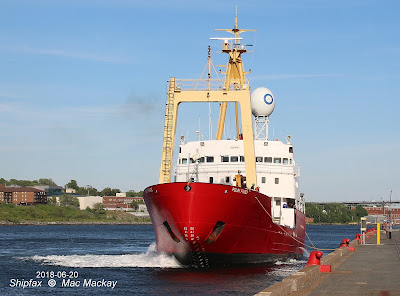 Thrusters powered by engines in the forepeak, and exhausted through the legs of the goal post mast, push the ship sideways toward Pier 9A in a stiff breeze.

Enter "Polar Prince" in the Search box to the left for several previous posts on this ship.