Ever wonder how Halifax Shipyard will be launching the Harry DeWolf and its subsequent sister ships?
The answer is on its way to Halifax.

The shipyard (or the navy) has hired Boabarge 37, a heavy lift semi-submersible barge for four years, and it left Rotterdam Waalhaven for Halifax today in tow of the tug Boa Bison. 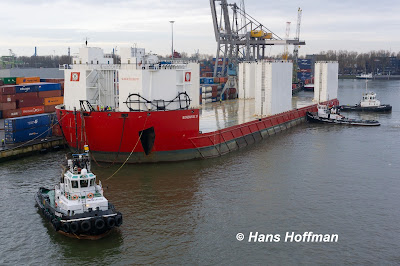 It last assignment was the mating of the Hebron topside in Newfoundland, so it is no stranger to Canadian waters.


The current ETA for Halifax is April 17. 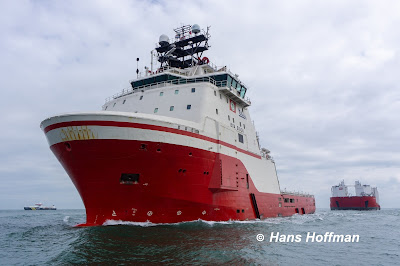 The tug Boa Bison , which has been laid up for two years has been re-mobilized for this tow. Built in 2014 it measures 7,328 grt, and  and with 26,969 bhp produces 275 tonnes bollard pull. Classed as an Anchor Handling Tug / Supplier, it is nevertheless a superb towing vessel for project like this.

Thanks to Rotterdam pilot Hans Hoffman, who piloted the tow outbound today, for providing these photos.

More information about the tug and barge, including specifications and drawings is available on the Boa web site:  http://www.boa.no/