Rig on the Move 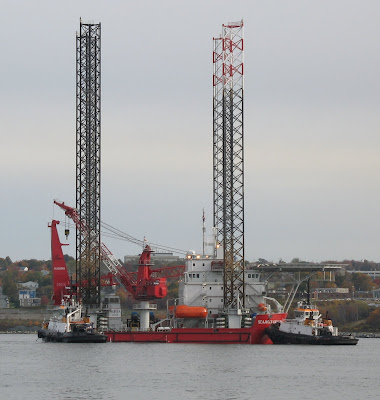 The jack-up vessel Seajacks Kraken is on the move this morning. Following work off Sable Island on the Deep Panuke gas project, the vessel has returned to Halifax. It will now be loaded aboard the semi-submersible heavy lift ship Swan for a trip to the UK for its next assignment.
Under control of the tugs Atlantic Larch and Atlantic Spruce, with Atlantic Oak following along, the rig is shown moving down the harbour toward the Swan.
The Swan has been floated down ready to take the rig aboard.
Posted by Mac at 10:50 AM