Canada will investigate the loss of the Concordia 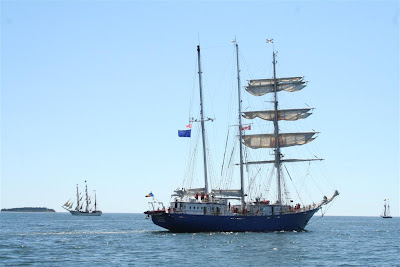 The Canadian Transportation Safety Board will conduct an independent investigation into the sinking of the Concordia. No doubt because Barbados, the flag state, does not have the capability or the willingness to conduct an objective one, Canada has decided to go on its own.
Concordia was registered in Barbados. Why? As a tax avoidance measure.
The owners would not have to pay Canadian duty to import the a Polish built ship, nor would they have to satisfy other Canadian regulations. If the owners set up an offshore corporation to own the ship, then it would not be subject to Canadian income taxes.
Now Canadian taxpayers will have to foot the bill for a very expensive Transportation Safety Board investigation. Yes the TSB will do a thorough job. They will conduct a detailed investigation, and in a year or two they will submit a splendidly detailed report.
Sorry to be cynical, but so what? They will no doubt conclude that the ship sank due to downflooding caused by sudden lack of stability, likely caused by a microburst. The vessel had insufficient stability or insufficient water tight separation for such an event, and it was not required to by law or by regulation.
The TSB has no authority to impose or enforce regulations. Transport Canada will certainly have no response to the report, since the ship was not within its jurisdiction either by flag or by location. Barbados will certainly ignore the report. As port state control, Transport Canada can inspect ships and enforce IMO regs if it chooses, but it can't change the water on the beans, nor the facts:
- the ship sank,
- all aboard were saved thanks to excellent training and drills
- Brazil was slow to respond because they were hungover from Mardi Gras
What more is there to learn?
All in all the TSB report will be a huge waste of time and effort for no effective result.
Posted by Mac at 8:09 AM