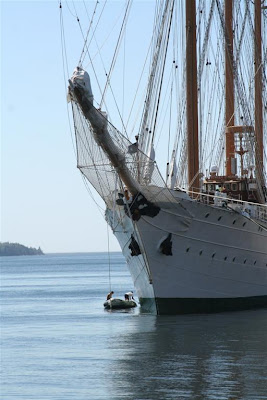 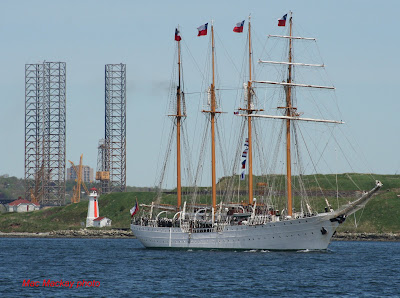 The week of May 18-22 was a very busy week in Halifax harbour. The number of ships arriving and departing was well above average, and many of the ships were unique or of special interest.

Three visiting naval vessels were among the highlights. The Chilean sail training vessel ESMERELDA arrived from Quebec City and remained alongside most of the week. The cadets were kept busy with sailor work and were overside hull painting on Friday. The boat sailed on Saturday, and despite her lofty masts was not the tallest ship in port!
The oil rig Rowan Gortilla III in the background was certainly taller, but not nearly as graceful.
Posted by Mac at 8:41 PM