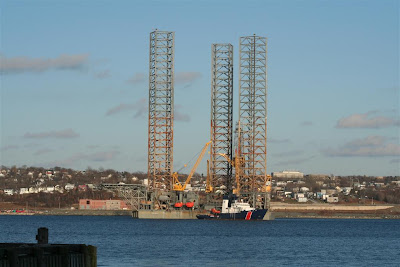 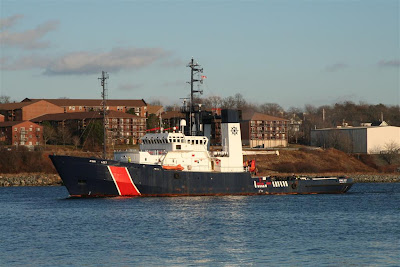 It looked like a perfect day for the rig Rowan Gorilla III to sail, but it was not to be. After several days of very high winds, it dawned bright and sunny, with a light wind. Pilots were called, the tugs Maersk Challenger, Hebron Sea and Ryan Leet were called. The harbour tugs Atlantic Spruce and Atlantic Hemlock (called in from Saint John to cover for the Atlantic Oak, which has gone to Bull Arm) all showed up at the rig.

Something went amiss however and the departure was called off. The tugs recovered their gear and returned to their berths.