And away we go

There were two departures of note today.

Early this afternoon the bulker Interlink Levity got under way after bunkering and hull cleaning (see previous post for ship's details). The hull cleaning was carried out by divers using the charter boat Captain's Pride. Built in 1987 as Ashley and Jennifer in Lower Wedgeport, NS it is owned by A+M Fisheries of Eastern Passage and is often used by commercial divers, but also does harbour tours and sport fishing excursions. 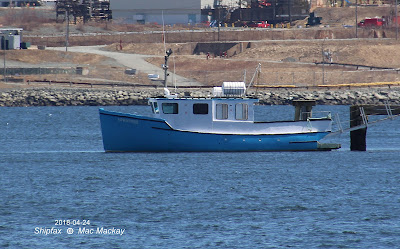 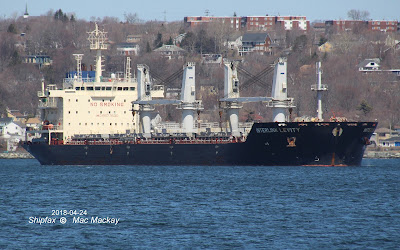 Interlink Levity's destination is given as Sorel, QC. The correct place name is Sorel-Tracy, as it is an amalgamation of two separate towns. The destination is likely on the west (former Tracy) side of the Richelieu River, where the steel docks and smelters are located. It is interesting to note that the chosen form of delivery from Fairless Hills, PA. is by ship. The nature of the cargo must be such that road and rail transportation were not feasible.


Also sailing late this afternoon (after interminable fussing with fenders and gangways) was Fundy Rose, finally through with her refit at pier 9B. There has been grumbling that the ship was out of service between Digby and Saint John during the peak lobstering season in southwestern Nova Scotia forcing trucks bound for the USA to make the long detour via Moncton. The refit, which started January 24, was to be completed by March 20, but the date was extended several times. Service will now resume April 26 (although there is still an asterisk beside the date on Bay Ferries published schedule.) 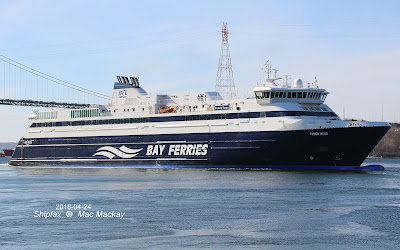 Fundy Rose outbound for Digby, after turning smartly off pier 9B.