This year's Tall Ships Festival was more related to the festival than the ships in my opinion, simply because there were not a large number of significant (i.e. large, Class A) tall ships.
Nevertheless it was still a splendid sight to see the Parade of Sail today.
Minus Bluenose II (which is not in the water yet) it appears that today's parade was lead by Theodore Too, followed by USCG Eagle.
The following is a quick show of thre major participants in no particular order. 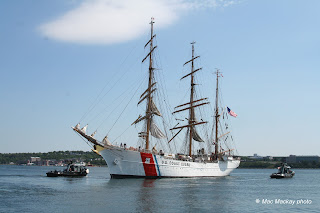 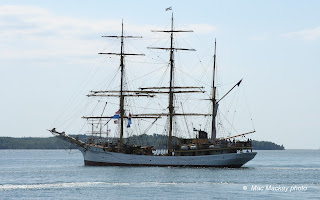 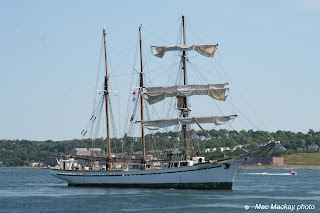 3. My favourite, Gazela, still looking like a working ship. 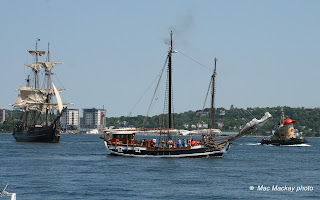 4. Larinda rebuilt after her disastrous sinking in Hurricane Juan. Bounty on the left and Theodore Too on the right -two wildly different products of Nova Scotia shipyards. 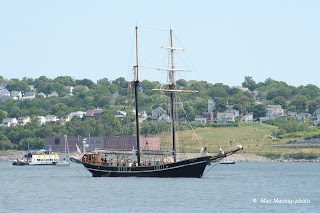 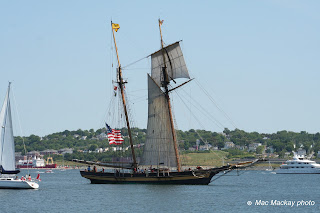 6. The rakish Pride of Baltimore II always a favourite. 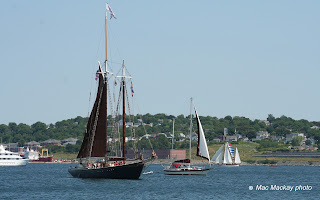 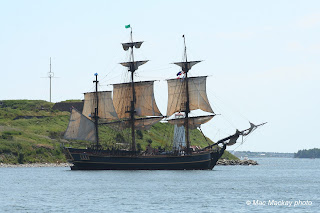 8. Bounty perilously close to George's Island, managed to claw off the lee shore.
Most of these vessels have been picture on this site before.
Posted by Mac at 9:57 PM