Some time after leaving Boston on September 11 a passenger was lost overboard from the cruise ship Seabourn Quest, 10 miles off Cape Ann. A large search was initiated and the Rockport harbour master's launch recovered a woman's body about two hours later 8 miles offshore. The ship continued on its trip to Bar Harbor. 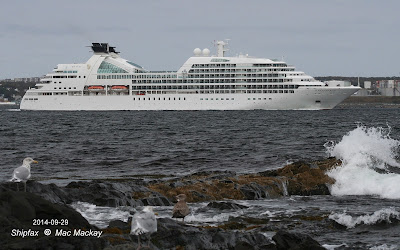 It will now arrive in Halifax Sunday September 13 as scheduled.

This loss of another life follows on the crew member lost overboard from Queen Mary 2 August 14 while 750 km east of Newfoundland. 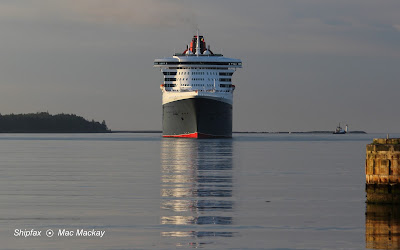 Queen Mary 2 arrived in Halifax August 1, just as I was leaving for Quebec.

Postscript:
The cruise ship Norwegian Gem, also bound for Halifax and due September 14, had a medical emergency off Nantucket September 13. The passenger was evacuated by helicopter for hospital treatment at Cape Cod.
﻿