Zuiderdam makes it this time, and more

As mentioned yesterday Zuiderdam's first scheduled visit to Halifax was scrubbed September 5 due to the storm Hermine. However the ship made it today and gusty winds and some intermittent mist and light showers didn't deter its passengers form their shoreside activities. It is on to Sydney, NS for tomorrow and then to the St.Lawrence. 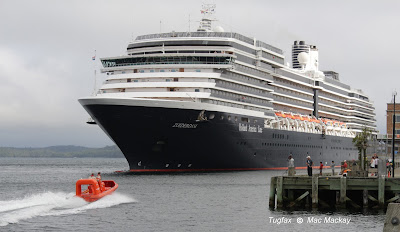 While in port the ship's fast rescue craft got in some training time and was re-embarked after the ship was off the pier. 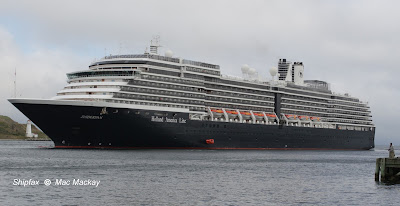 The FRC is being hoisted aboard as the ship sets out to round George's Island.


The Vista class ship received upgrades in 2015 adding new staterooms and "dining venues" thus increasing its grt from the original 81,769.

Also in port today Norwegian Gem  Dawn and Serenade of the Seas added to the crowds on the waterfront. 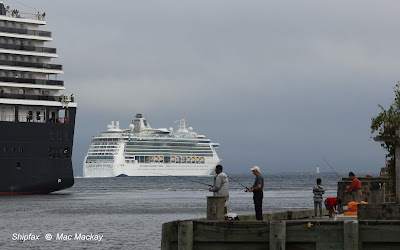 Serenade was well outbound before I could see it as Zuiderdam blocked the view - not to mention several intent mackerel fishers.


Number one anchorage was mostly occupied by the bulker Frontier Lodesman while it under went an Asian Gypsy Moth inspection by the Canadian Food Inspection Agency. Such procedures normally take only a few hours, but the ship was in port all day.