OOCL Dubai in and out in a day.

OOCL Dubai made an early arrival today to berth at Fairview Cove for 0800. The ship was built in 2006 and measures 66,642 gross tons and can carry 5888TEUS. She is among the biggest container ships presently calling in the port of Halifax. Although owned and built in Japan she is registered in Hong Kong.

She was met by the tugs Atlantic Larch (bow) and Atlantic Spruce (stern) in the lower harbour. 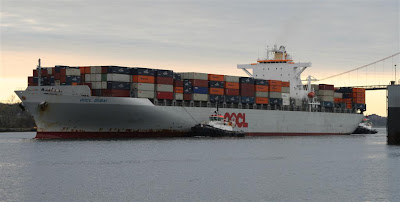 They escorted the ship through the Narrows, passing the Novadock floating drydock. 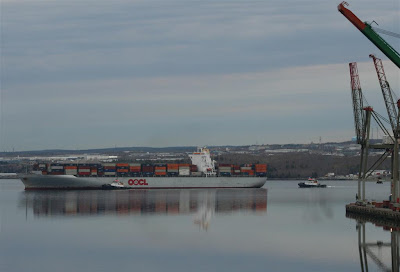 They slowed the ship after entering the Bedford Basin. 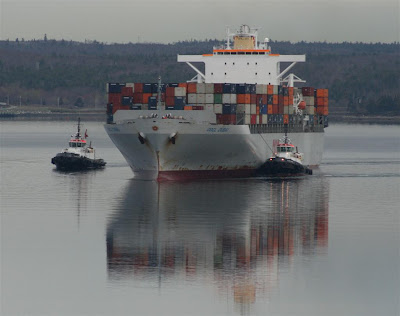 Atlantic Spruce changed to position to turn the ship for berthing. 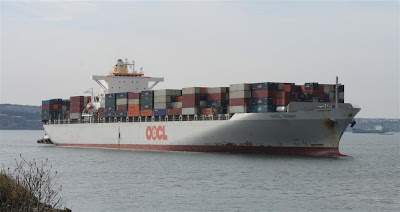 After loading and unloading containers, the ship sailed at 1700. Atlantic Larch is tight under the ship's stern on leaving the Basin to line up for the Narrows.
Posted by Mac at 8:30 PM