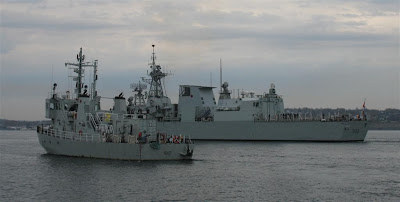 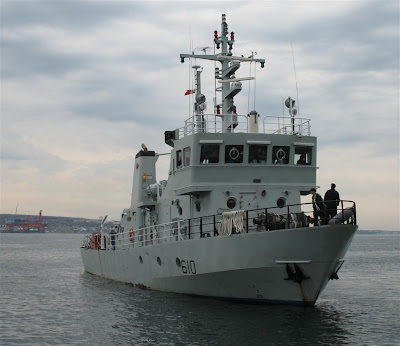 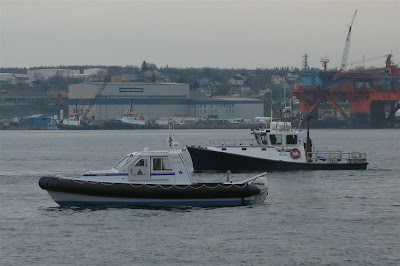 May 4 is the 200th annniversary of the founding of the Royal Canadian Navy. This event will be celebrated throughout the summer, but in preparation for tomorrow's Freedom of the City event, HMCS Toronto tied up at the Maritime Museum of the Atlantic at noon time today.
After leaving HMC Dockyard (CFB Halifax) the ship sailed south and east of George's Island, then northbound west of George's where she was met by the tugs Glenevis and Glenside.
The Fleet Diving diving support vessel Sechelt was also on scene (and right in the way of my photos for most of the operation) and numerous smaller craft, including two RCMP vessels.
Posted by Mac at 1:00 PM