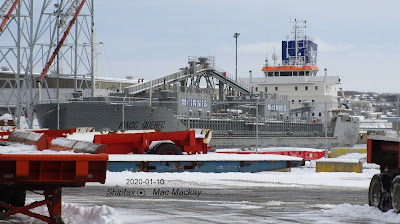 The ship operates for McInnis Cement from its Port-Daniel, QC plant on the Gaspé peninsula. During the St.Lawrence Seaway season the ship runs into the Great Lakes, but in winter shifts to coastal runs to the US.

The ship has flown the Canadian flag (port of registry Gaspé) since May 19, 2017, after it was rebuilt from a conventional bulk  carrier for Nova Algoma Cement Carriers.  It has called in Halifax on a few occasions, most recently in March 2019, and has been referred to in this blog:

The ship has been a lot more co-operative for photos in the past, particularly when it passed the pilot station at Trois-Rivières-Ouest one August evening in 2018: 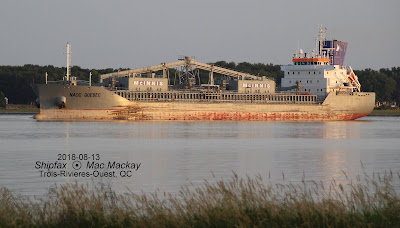