Returning warships usually receive some form of greeting. particularly after a six month absence for NATO duties. However today's welcome for HMCS Fredericton has to be one of the largest in recent memory.

Fredericton arrives under a blazing sun and high humidity.

The waterfront was lined with spectators, many carrying flags in tribute to the six crew members who died on April 29 when their helicopter crashed into the Aegean while returning to the ship. Numerous private small craft accompanied the ship as it proceeded up the harbour. 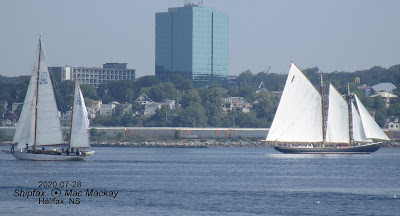 Also on hand was CCGS Constable Carriere, which arrived yesterday at the Tall Ship's Quay, wearing its RCMP banners. 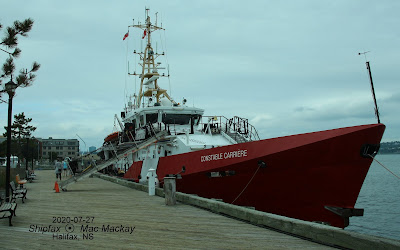