If confirmation was needed that Halifax is back in the bunkering business, it was received today with the arrival of the very large crude carrier Altair Trader from Saint John, NB.


The ship discharged a cargo of middle east crude oil in Saint John and came on to Halifax in ballast to refuel.
Due to its size, the ship required an escort tug, and Atlantic Oak met the ship at the pilot station and provided braking on the way in. Fortunately it was a calm day and the ship was able to proceed into number one anchorage without incident. 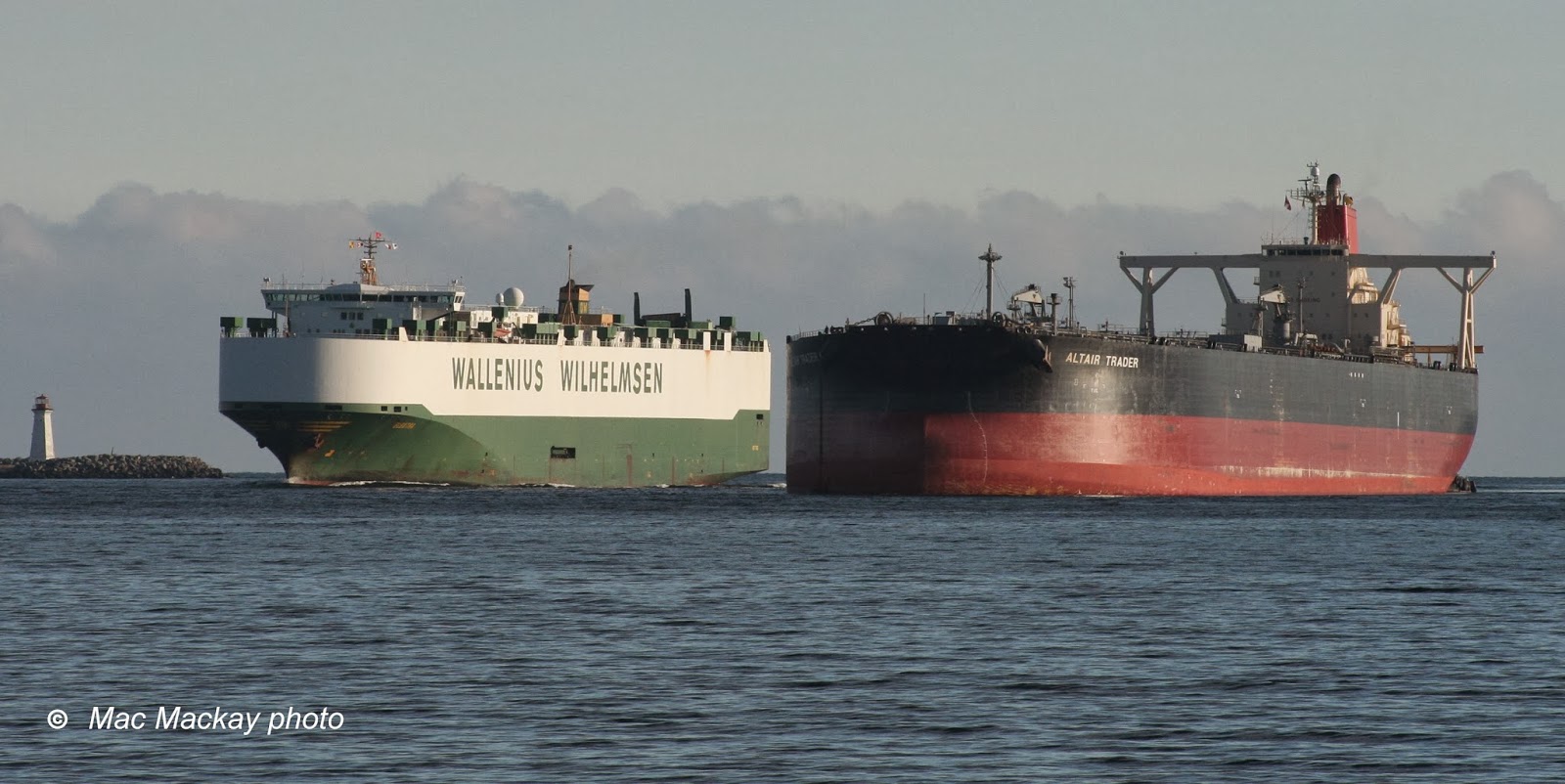 The autocarrier Elektra, which was inbound at the same time, was able to overtake the tanker in the main channel, thanks to the calm conditions.

Now that Sterling Fuels is providing the marine fuel, and has chartered the bunkering tanker Algoma Dartmouth to deliver the fuel to ships, Halifax can still be considered a full service port.

The escort tug Atlantic Oak is dwarfed by the tanker, which has lowered its anchor to the waterline in preparation for anchoring.

Altair Trader was built in 2005 by the Mitsui Ichihara Engineering + Shipbuilding yard in Japan. At 160,216 gross tons and 311,110 deadweight tonnes, it is among the largest ships ever to call in Halifax. Its immense capacity is carried on dimensions of 333m x 60m (1092 ft x 196 ft). With a hull depth of 28m (91 ft) and maximum draft of 20.833m (66.725 ft) it is too large to enter many of the world's ports in a loaded condition (including Halifax)  and therefore must load and unload at offshore locations such as Saint John, NB.
The ship is owned by Nova Tankers of Copenhagen, Denmark, and operates in the MOL (Mitsui OSK Line) pool. It flies the flag of the Isle of Man and is thus considered to be a British ship.