Perseus N -in ahead of the storm

The tanker Perseus N arrived this morning. It was due to tie up at the Nova Scotia Power generating plant at Tuft's Cove in the Narrows, but instead went to anchor in Bedford Basin until the incoming storm has passed. 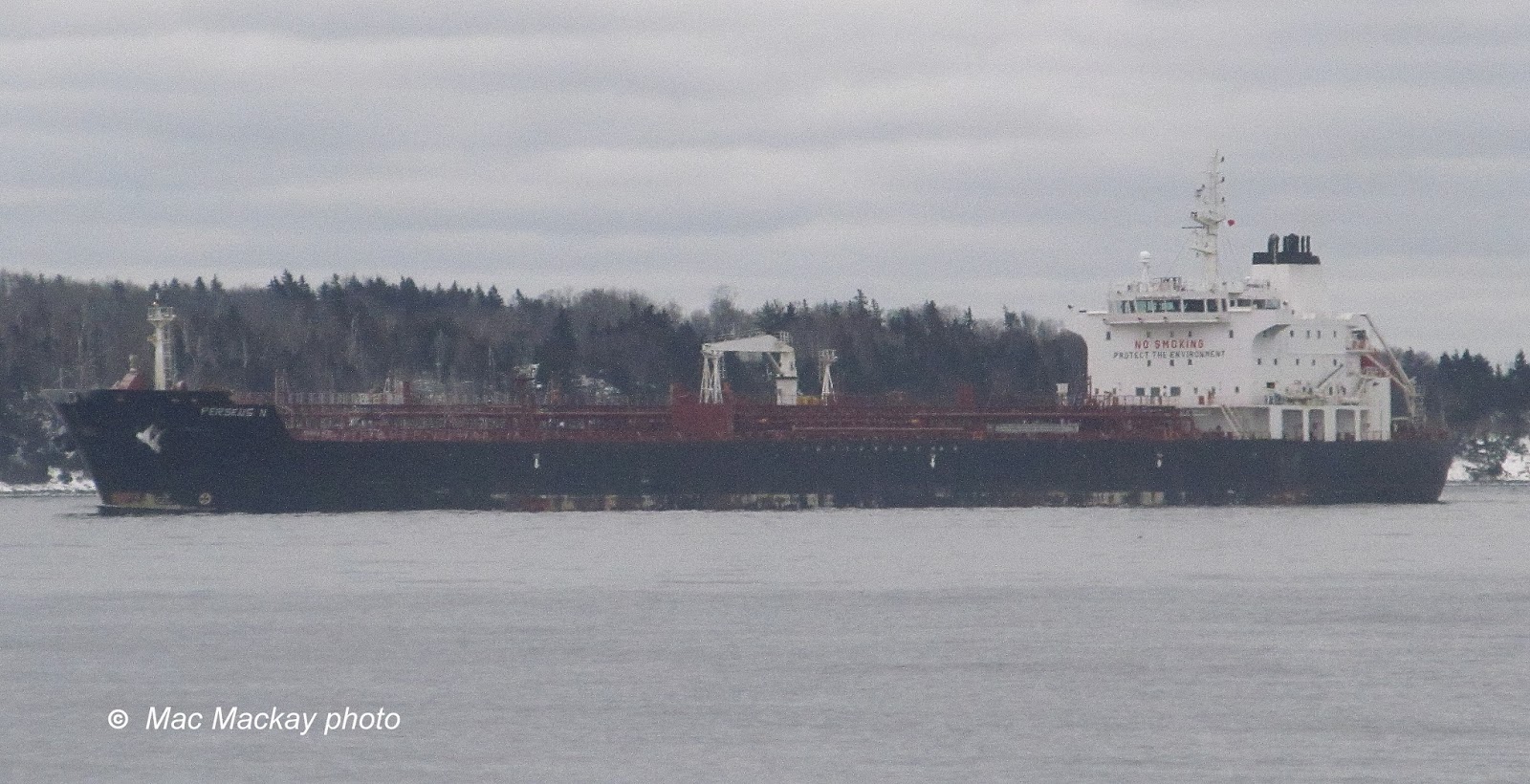 Perseus N inbound this morning. Some sort of inversion or heavy cloud was preventing the absorption of sea evaporation causing fog patches in the harbor.
The Nova Scotia Power plant was Halifax's first customer for offshore natural gas, and has not been burning oil in any quantity for some time. However an astronomical rise in gas prices due to increased winter demand in the US has likely caused them to switch to oil, or at least to have some in reserve.
With high winds forecast in the advancing storm, the Tuft's Cove dock would not be a safe mooring in bad weather, as it consists of series of dolphins and mooring buoys. McNally Construction has  been working on rebuilding the dock catwalks all winter, but it does not seem that the work has been completed yet. 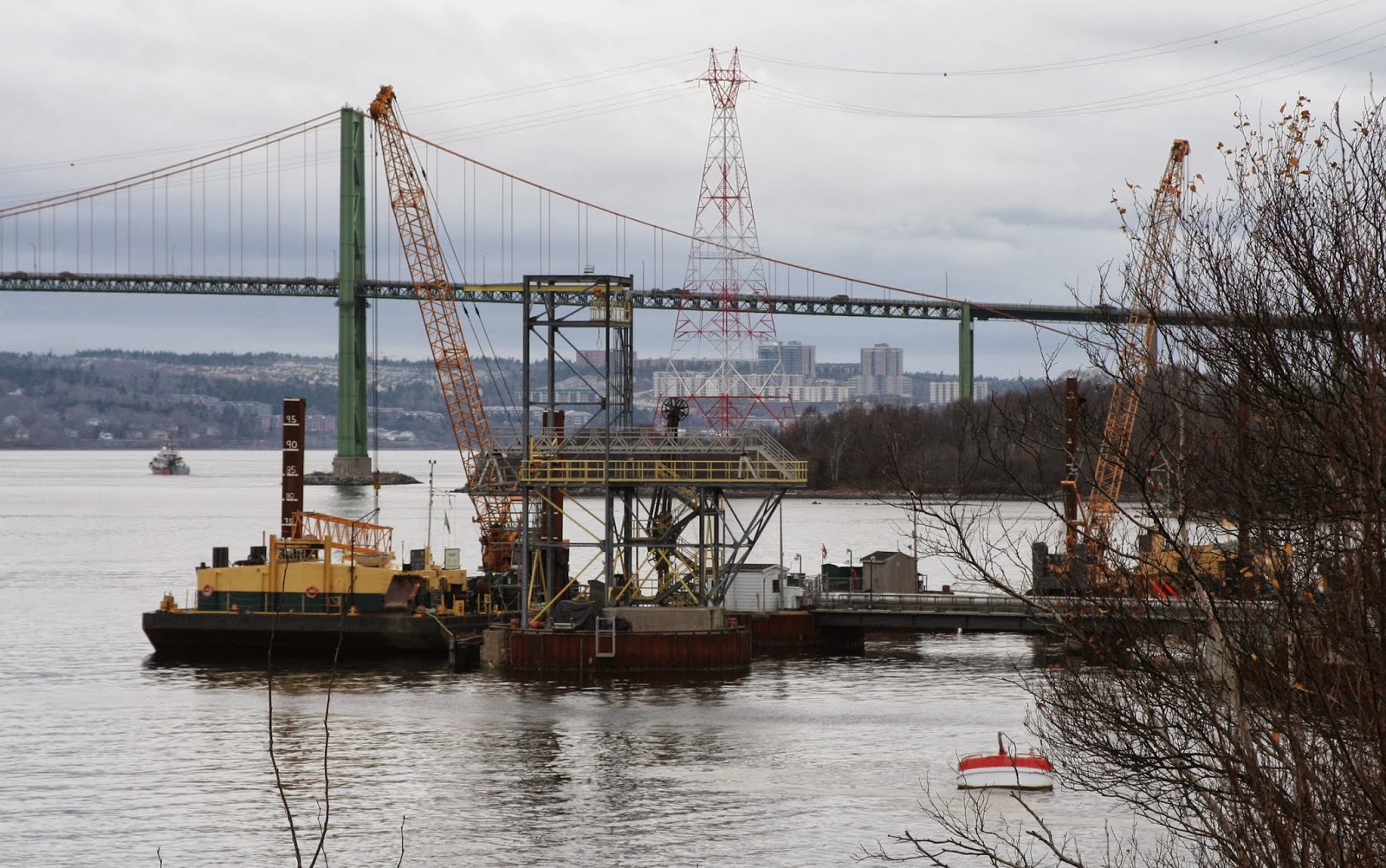 McNally's derrick barges working on the Nova Scotia Power dock in Tuft's Cove. One of the mooring buoys is shown on the bottom right.(December 2013 photo)
Perseus N was built in 2009 by Hyundai Mipo in Ulsan, South Korea. A product tanker of 23,332 grt, 36,264 dwt, it carried the name Elbtank France until December of last year, when ownership changed from OMI Marine to Navios Tankers. It flies the Liberian flag. 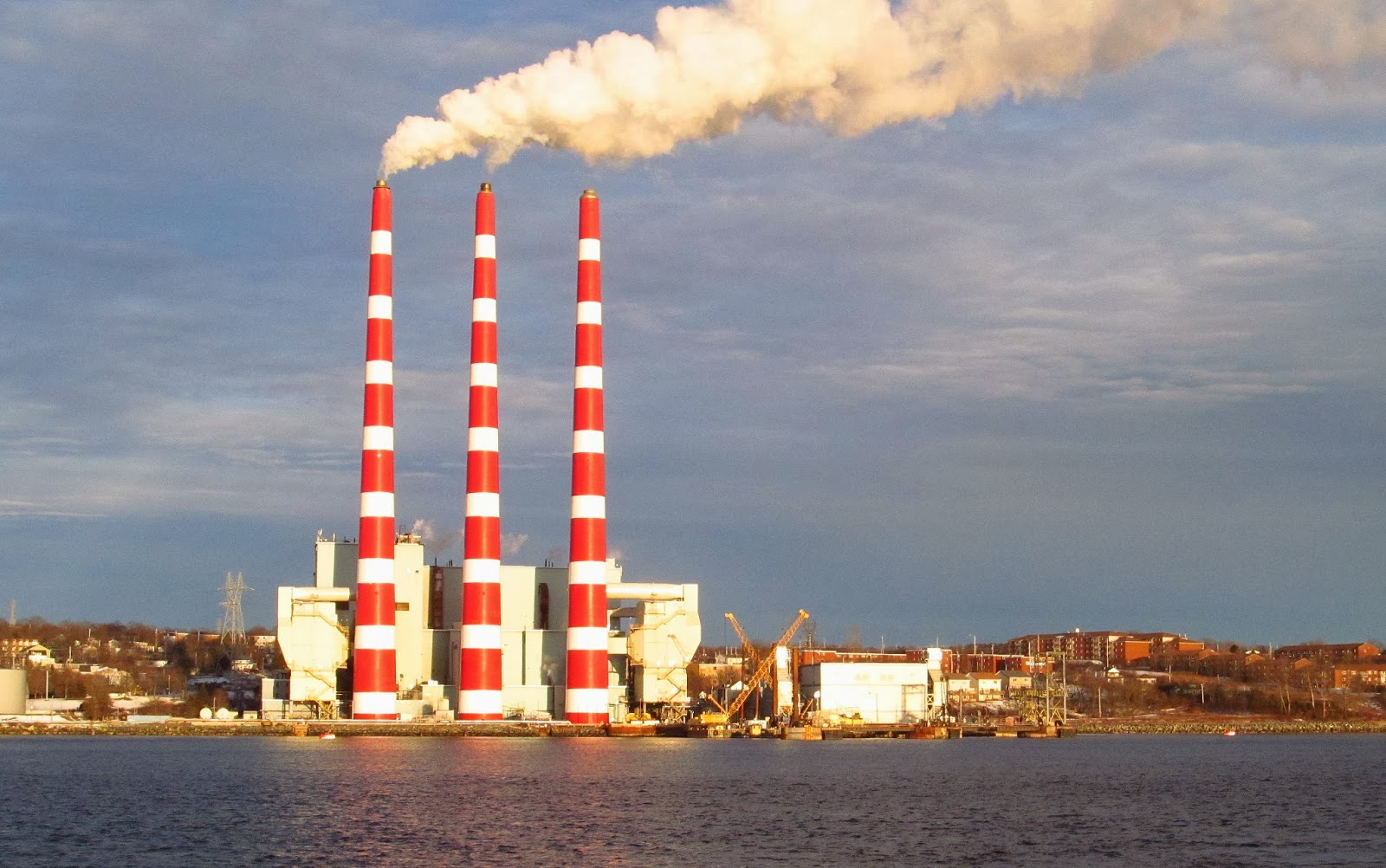 The Tuft's Cove plant has oil storage tanks (out of the picture at left) and an unloading dock to the right of the smoke stacks.
.
﻿
Posted by Mac at 8:18 PM