The tankers keep parading into and within Halifax.

The Coastal Shipping Ltd Havelstern left the Novadock floating drydock this afternoon and moved down to pier 27. 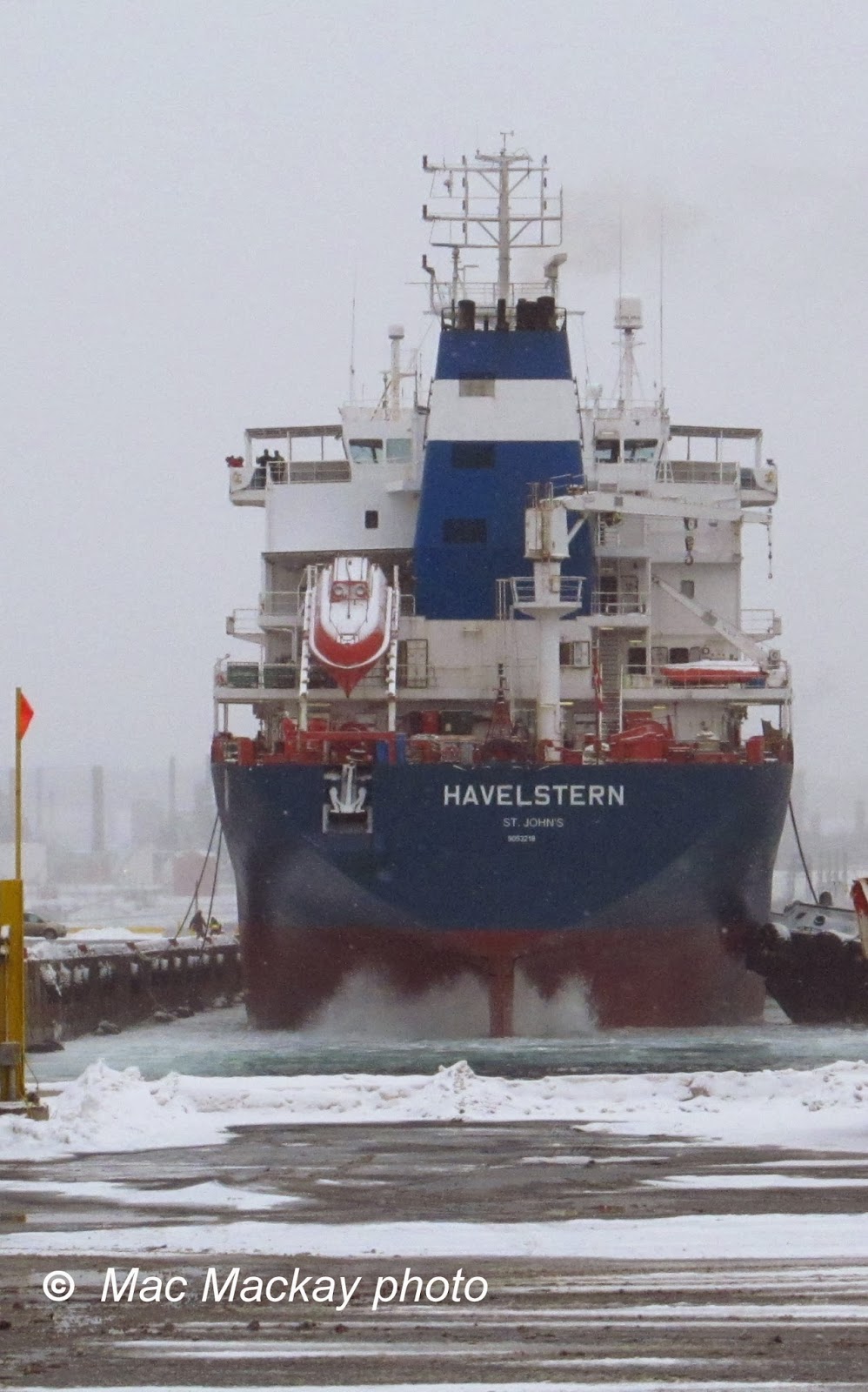 Although she had two tugs to assist her, she was using her own engine, but she was so light that the prop did a lot of thrashing without much effect. The camber between pier 27-28 and pier 30-31 was also full of slushy snow which made the effect even more dramatic.


Soon after, the tanker Algonova arrived in tow from Sydney, NS where has been lying ever since and engine room fire in the Gulf of St.Lawrence. After the January 19 fire off the Gaspe coast, the ship was towed to Sydney by Ocean Arctique [to be confirmed see comment section below] At some point her cargo was discharged and she was prepared for the tow to Halifax. This time it was the turn of Atlantic Elm to take charge.


Atlantic Elm handed off the tow to Atlantic Willow and Atlantic Oak but had a hard time letting go the towing gear. It must have become jammed or iced up in the ship's fairleads.


Atlantic Elm went alongside the IEL dock for a few minutes, but returned immediately to sea, even before Algonova was tied up. By this time it had stopped snowing and the sun was out.


With the Novadock freed up at Halifax Shipyard, perhaps she will go in for repairs.

While this was going on another foreign flag chemical tanker arrived. Seapride despite its appearance, is only just a year old (I hope its paint job is under warranty).

At 29,925 gross tons, 50,908 deadweight, she is operated by the large Greek shipowner Thenamaris, under the flag of Malta. It was delivered February 8, 2013 by STX Offshore & Shipbuilding of South Korea. It headed for Bedford Basin anchorage to join Cielo di Salerno, which arrived Saturday.

Also a product of the STX yard, it was built in 2002 and measures 23,680 gross tons, 36,031 deadweight. The ship was in Halifax ten years ago this month at the Ultramar refinery.