More grain outbound on the Irma

It is a bumper year for grain, and there was still an unshipped backlog when the St.Lawrence Seaway closed for the season. We have seen some top up loads for ships that loaded upriver, but yesterday's arrival is the first for a full load. The ship is loading wood pellets - the first such cargo from Halifax in a long time. They are also stored in the Halifax Grain Elevator and handled the same as grain. 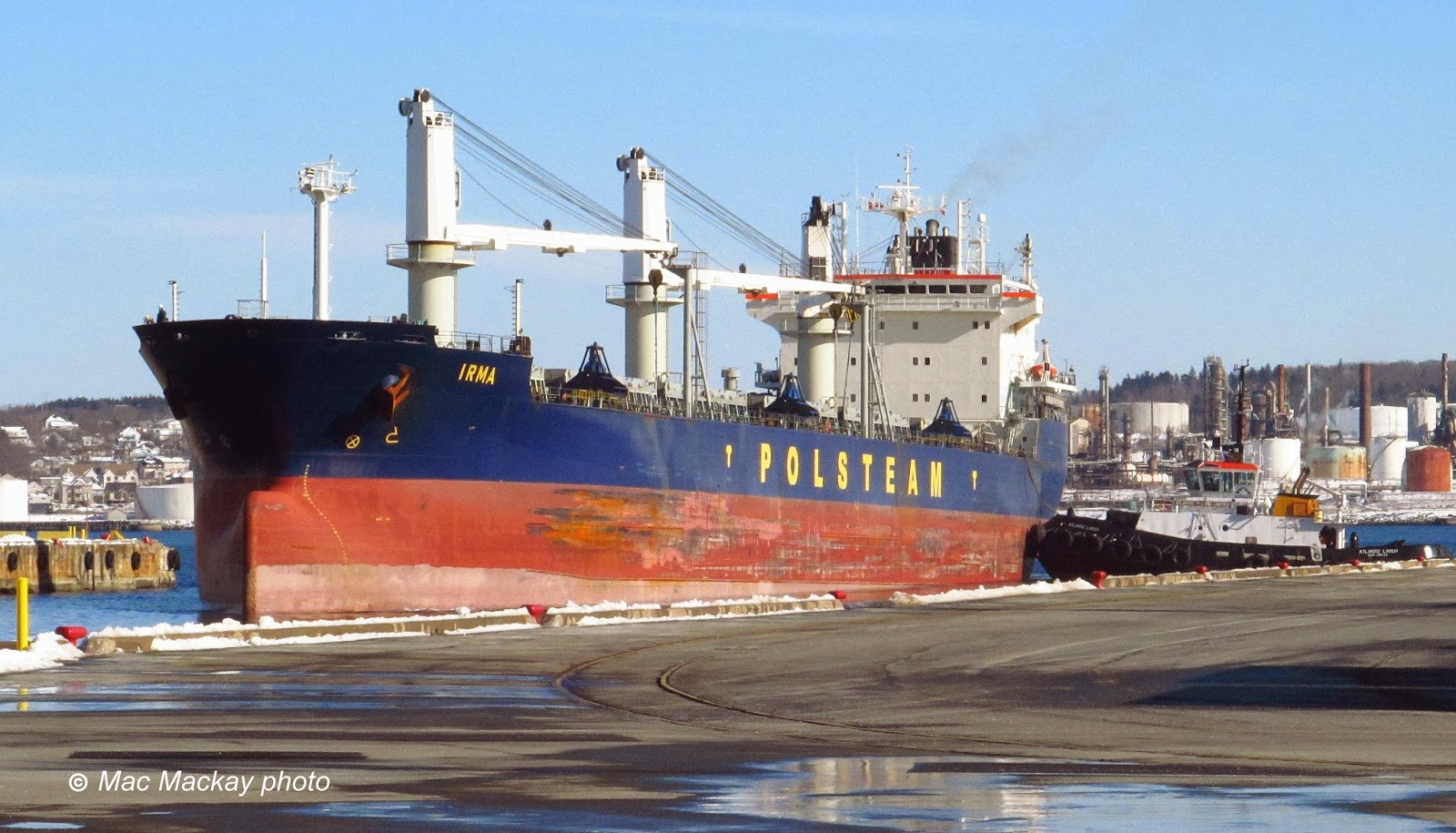 Irma arrives light ship ready to load. The scuff marks on her hull indicate that she is a regular user of the St.Lawrence Seaway locks.

The 21,387 gross, 34,947 deadweight bulk carrier Irma is owned by the state-owned Polska Zegluga Morska (Polish Steamship Co), trading under the name of POLSTEAM. The company has been on a large expansion program in recent years, which has resulted in ships being built outside of Poland. Irma is one of these, coming from the Mitsui Ichihara Engineering and Shipbuilding Co. It also flies the flag of Cyprus.