The Liberian flag Afra Oak anchored in Halifax for the third time in recent weeks. The ship is making its second of two trips from Whiffen Head, NL to Canaport (Saint John), NB under a coasting license for Irving Oil. It is apparently gauging the amount of fuel it uses on these trips by filling up before and during the contract. 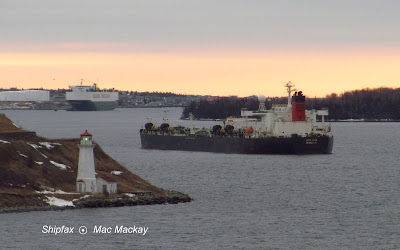 Getting under way from number one anchorage south of George's Island, this morning, the ship will exit right (south) from this photo. In the background  the Wallenius-Wilhelmsen auto carrier Elektra unloads at Autoport in Eastern Passage. 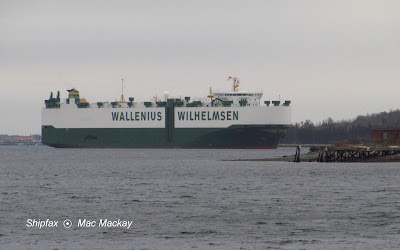 Elektra finished work at Autoport and moved over to pier 31 to unload some non-automobile cargo.