HMCS Toronto - heading to the shipyard 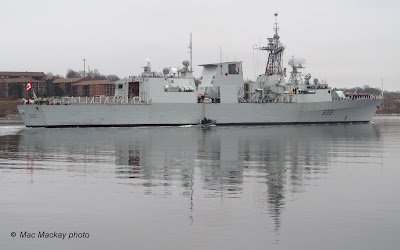 1. HMCS Toronto glides through the Narrows this morning on the way to HMC Dockyard.

It was announced yesterday that HMCS Toronto will be heading to Halifax Shipyard later this work for work prior to an overseas deployment. This is welcome news for the yard which had to lay off some people after completing the refit of the ferry Atlantic Vision last week.
The same announcement stated that CCGS Alfred Needler and CFAV Firebird were going to Shelburne for refit work, resulting in the recall of some of the laid off workers there. 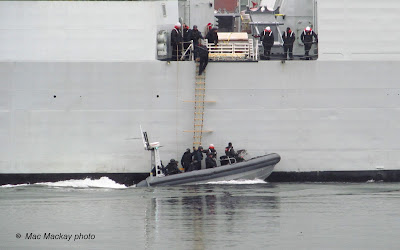 2. A shore party disembarks to a RHIB. 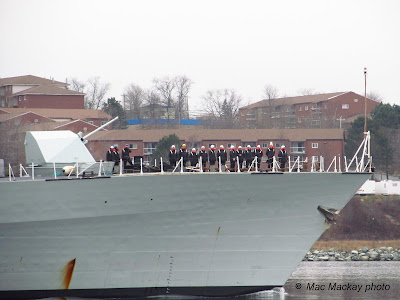 3. The forecastle crew stands by forward.
Posted by Mac at 12:54 PM