The unfortunate Rascal was raised from the bottom of the Northwest Arm in October, see
http://shipfax.blogspot.ca/2012/10/way-hay-up-she-rises.html
It left Halifax December 5, this time on a truck belonging to Sealand Industries of Chester Basin, NS.
The boat was raised by the Halifax Port Authority when its owner would not raise it, and it has now been sold to defray the salvage costs. After being submerged for several months it was pretty much a mess. It has since been on dry land, and has had a chance to dry out a bit. Let's hope her new owner is able to restore her. 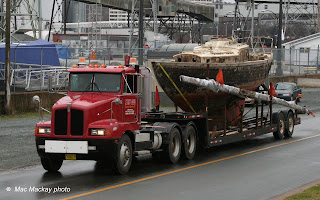 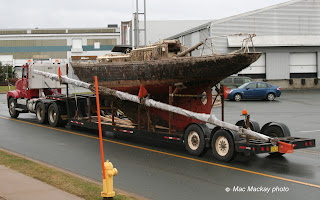 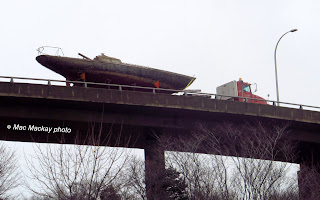