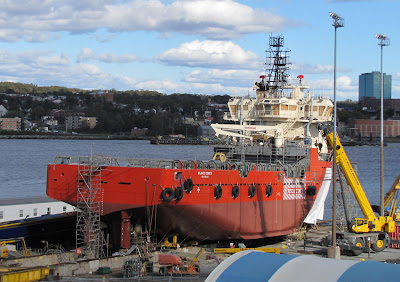 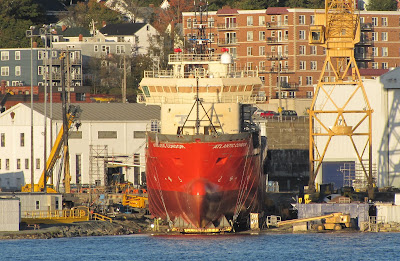 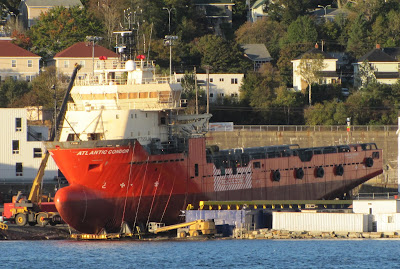 Atlantic Condor sits on the shoreside of the launchway at Halifax Shipyard as preparations are made for her launch, scheduled for Monday. The ship was built in sections indoors, with hull and superstructure joined at the head of the launchway. A turntable built in to the ways allows the ship to be swung to line up with the launchway. Tracks extend well into the water to carry the launch trolleys, or cradles, which are dropped after the ship is afloat. Lines stretch up to the deck to keep the cradles tight to the underside of the ship's hull.

To minimize impact damage to her props, and avoid downflooding, she will be launched high end (bow) first.