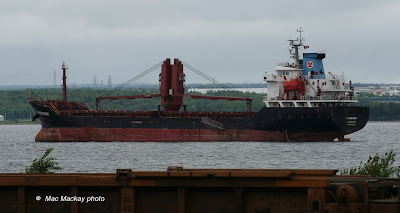 The Maltese flag general cargo ships Friendship lies at anchor in Bedford Basin awaiting orders. The ship discharged a cargo of nickel sulfides from Cuba for Nirint Lines, but apparently was chartered in for that load only, since it was not carrying any other cargo for Nirint.