A. LeBlanc - launch in the middle of the night

For the first time I can remember Halifax Shipyard is set to launch a ship in the middle of the night. The Canadian Coast Guard's Hero class patrol boat A. LeBlanc is scheduled to enter the water for the first time at the very early hour of 0130 January 27.

The launch, originally scheduled for January 4, was postponed due to weather, an industrial accident and tidal fluctuations. It also appears that a new system of winches was established to move the ship onto the launch ways. 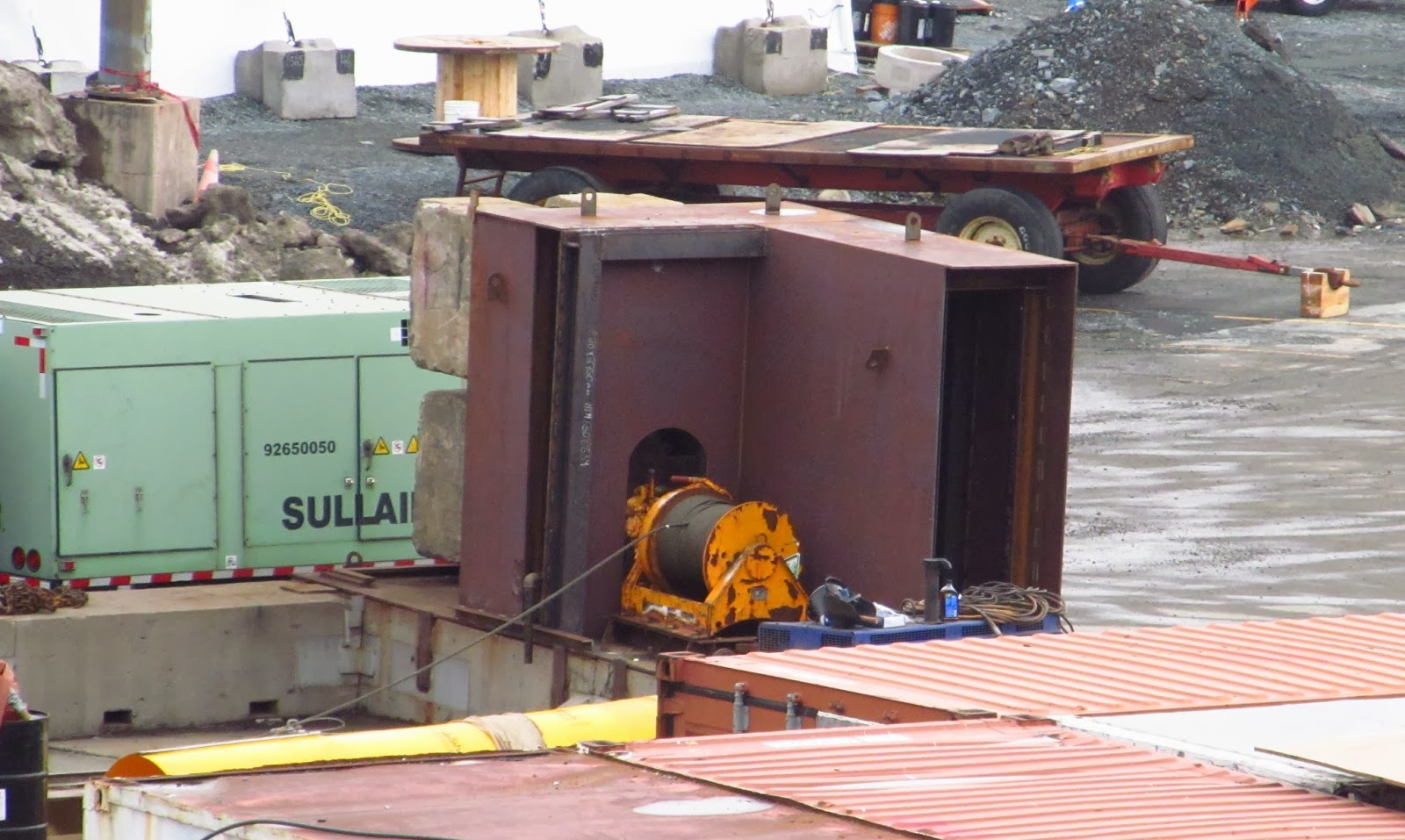 A strange looking contraption has been established at the end of the trackway to house the winch motor.
[Both photos January 18, 2014]