Havelstern - next for drydock

The Coastal Shipping Ltd tanker Havelstern anchored in the inner harbor this morning, but will be moving into the Novadock floating drydock later this morning. 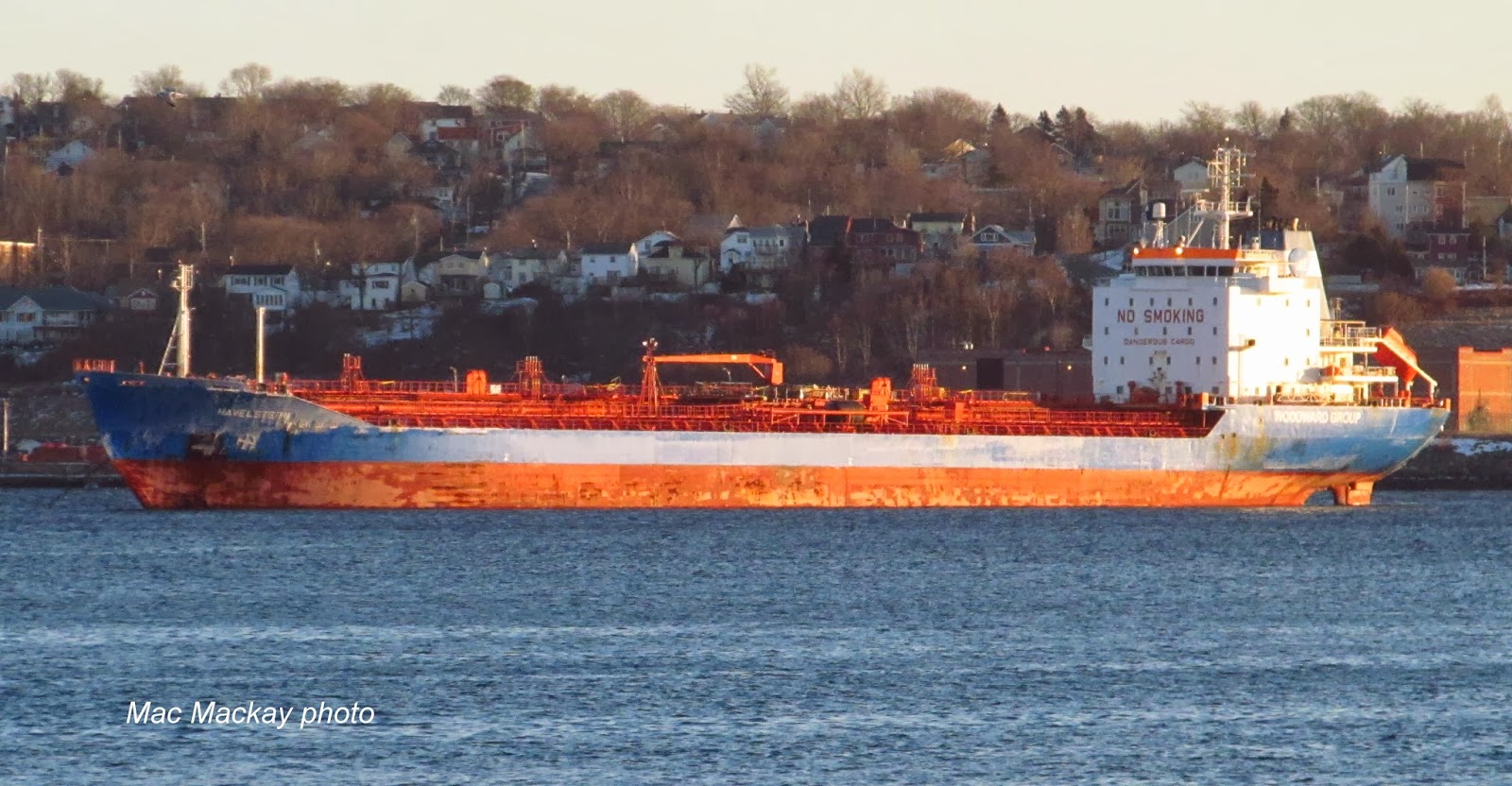 Built in 1994 in Wismar,Germany the 11,425 grt, 17,083 dwt ship has been running steadily from Saint John, NB to Newfoundland and the far north since spring. It will now get its annual maintenance before resuming the same trade in the spring. Coastal Shipping, part of the Woodward Group, also has two other sister ships in its fleet. One of which, Travestern was here last month for drydocking and a new paint job. The other, Alsterstern, was last reported downbound in the St.Lawrence River for Saint John.
Coastal has two other ships in the fleet, Dorsch and Nanny.