Laura I arrives for repairs

The Liberian flag bulk carrier Laura I arrived late this afternoon for repairs after a collision with CCGS Henry Larsen in the vicinity of Matane QC. 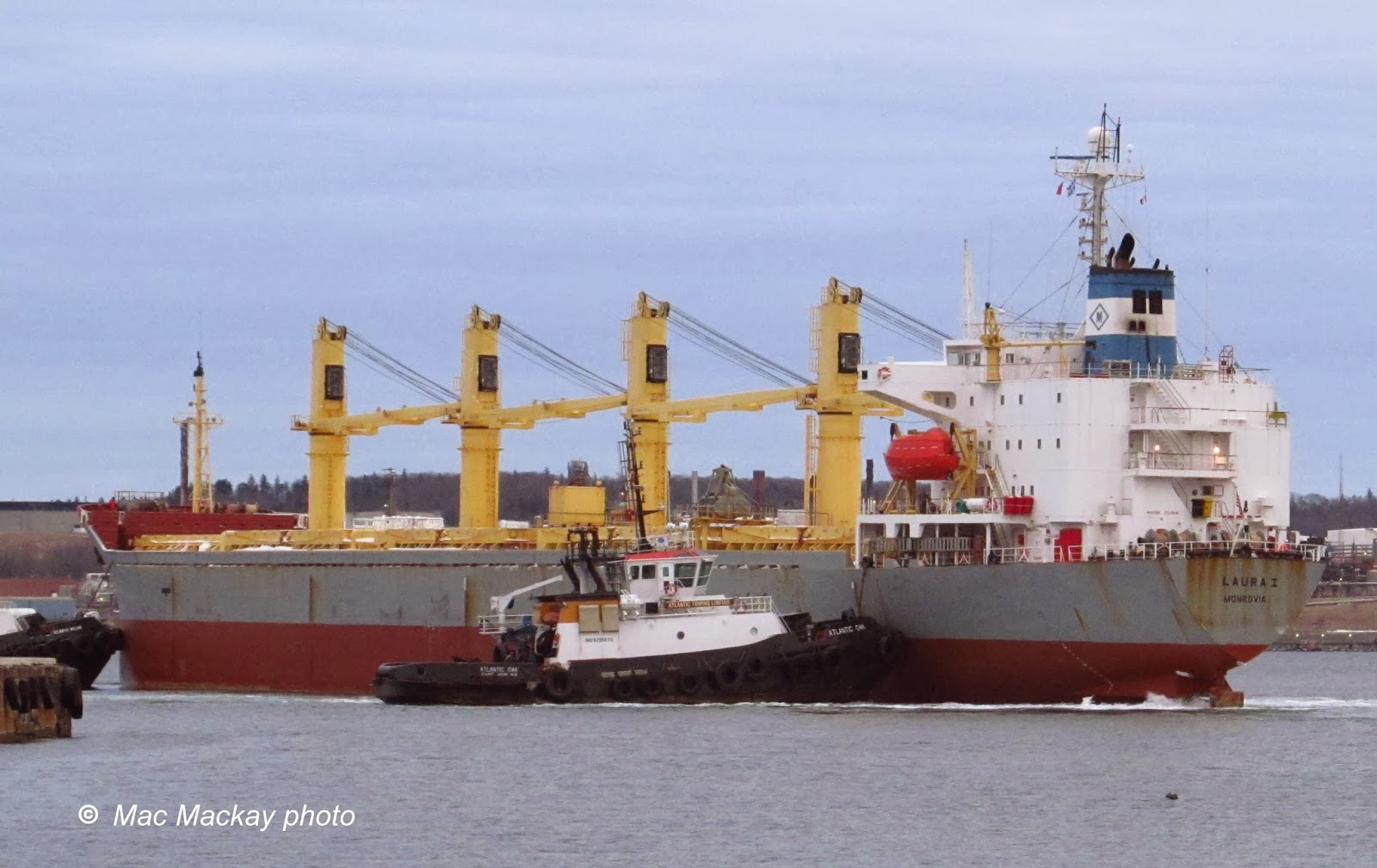 Bound from Quebec to Savannah GA in ballast, there is no apparent damage on the port side of the ship - the starboard side was not visible - but the ship appears to me to be higher out of the water than it normally would be when in ballast, making me think that it has been pumped up a bit due to hull damage somewhere near the water line. 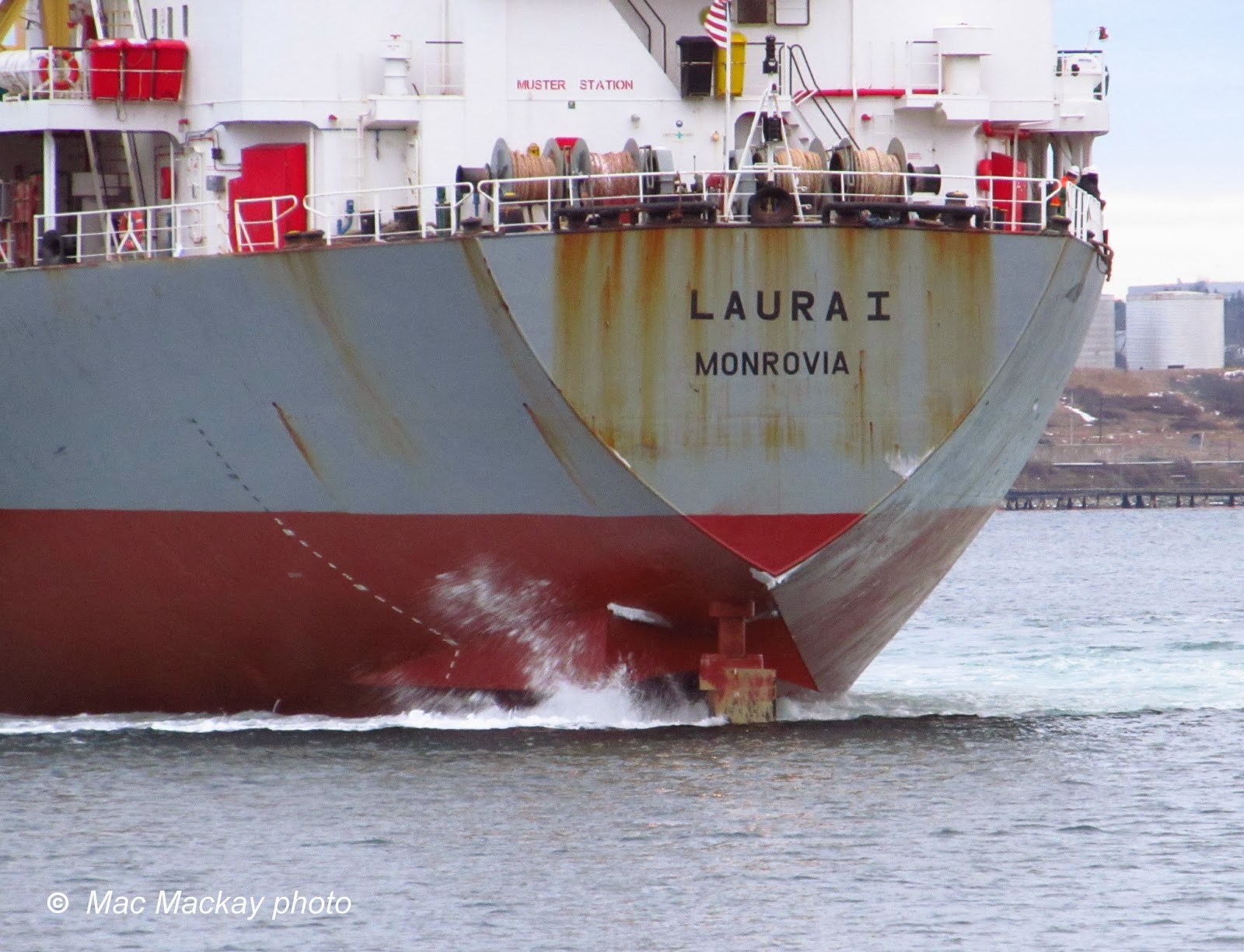 2. The ship's rudder is barely under water.

A photo on Shipspotting.com when the ship was fresh out of drydock at Klaipedia, Lithuania last April shows the ship's distinctive flared vanes around the propeller:  http://www.shipspotting.com/gallery/photo.php?lid=1784602

Divers were waiting for the ship when it tied up, so at least some of the problem is under water.

This is the second ship of the same company to arrive in Halifdax with prpoblems in the last month. Fleetmate Cornelia was in Halifax from December 22 to 30 for repairs after hitting a wall in the Soo locks.
Owners for both are listed as Mineralien Shiff. Spedition + Transport of Schnaittenbach, Germany (an inland city).
Laura I  was built in 1995 by Shinkurushima Toyohashi Shipbuilding of Japan as Lucky Grace. In 1997 it was renamed Laura and in 2010 Laurua I. It is a bulk carrier of 17,040 grt / 26,818 dwt fitted with four 30 tonne cranes and buckets for cargo handling.

A statement released by the Canadian Coast Guard reads as follows:

The Larsen suddenly became beset in heavy pack ice and although the M.V. Laura 1 attempted an emergency stop, the escort distance along with the vessel’s inertia caused the two vessels to strike.

Both vessels sustained very minor damage that did not affect seaworthiness and both continued their voyage."