In very un-arctic weather the bulker Tundra made a brief call in Halifax to unload steel coils. I believe these are stainless steel tire cores for Michelin. It has been some time since we have seen this cargo unloaded from a bulker, I suspect they have been arriving from Brazil by container recently.
As a member of the Canfornav charter fleet, the ship is named for a species of ducks, found commonly in the north. Temperatures near the teens yesterday resulted in dense fog. This morning however the temperature had dropped to a more seasonable zero (C) and the air cleared when the ship sailed for Altamira, Mexico.
Built in 1909 by Shanhaiguan Shipbuilding Industry in Qinhuangdao, China, the ship is registered in Cyprus and measures 19,814 grt and 30,803 dwt. As with most Canfornav ships it is a sometime caller in the Great Lakes, but was not there in 2013.

CCGS Louis S. St-Laurtent FINALLY got underway this morning for the Gulf of St. Lawrence to start its winter icebreaking season. The ship had been in refit at its Newfoundland base, but came to Halifax January 11 to fuel and complete some other work.
The navy tug Glenevis assisted the ship off its old berth at the old Coast Guard base. Once it was clear of the dock it was able to use its thruster to complete the turn. A seal took an interest in the departure (it is visible just below the ship's funnel).
Always an impressive sight, the Louis slowly heads for sea.

Having already been pressed into icebreaking service to cover for the Louis in western Newfoundland, the light icebreaker Edward Cornwallis has returned to its normal duties and arrived soon after Louis' departure with a load of buoys from Cape Breton for storage and maintenance at the old Coast Guard base. 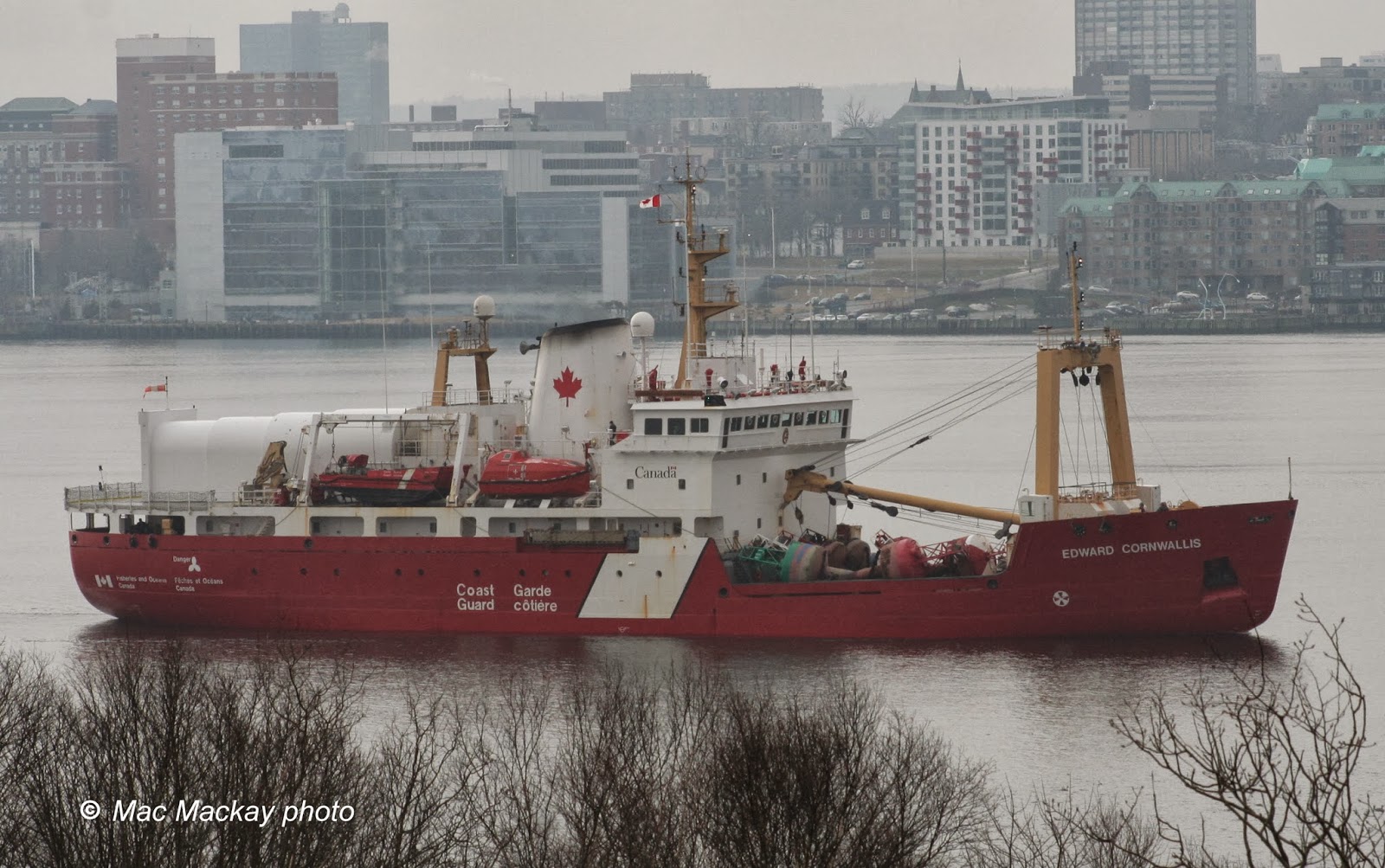 After landing the navigation markers in Dartmouth Edward Cornwallis headed back to Cape Breton for more.


A ship that made it through the ice, but was damaged when it brushed the icebreaker CCGS Henry Larsen in the lower St.Lawrence finally sailed this evening after repairs. (see January 10). A week seems to be a long time for repairs to damage that did not effect the ship's seaworthiness, but who am I to doubt the sincerity of the CCG's press release. 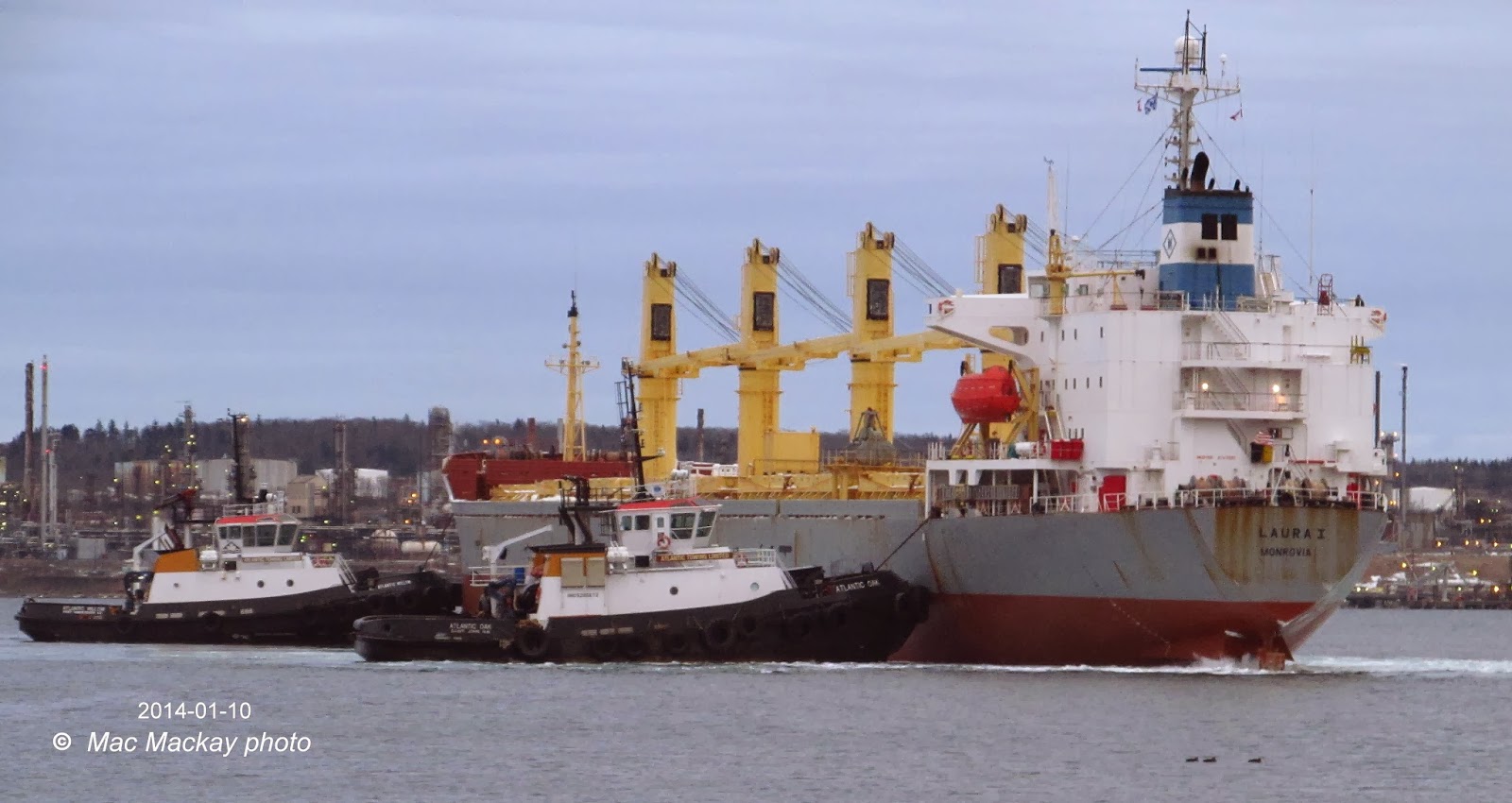 Damage to the ship's starboard bow was never visible from the Halifax side of the harbour, but it was apparently well forward since repairs took place in number on hold. 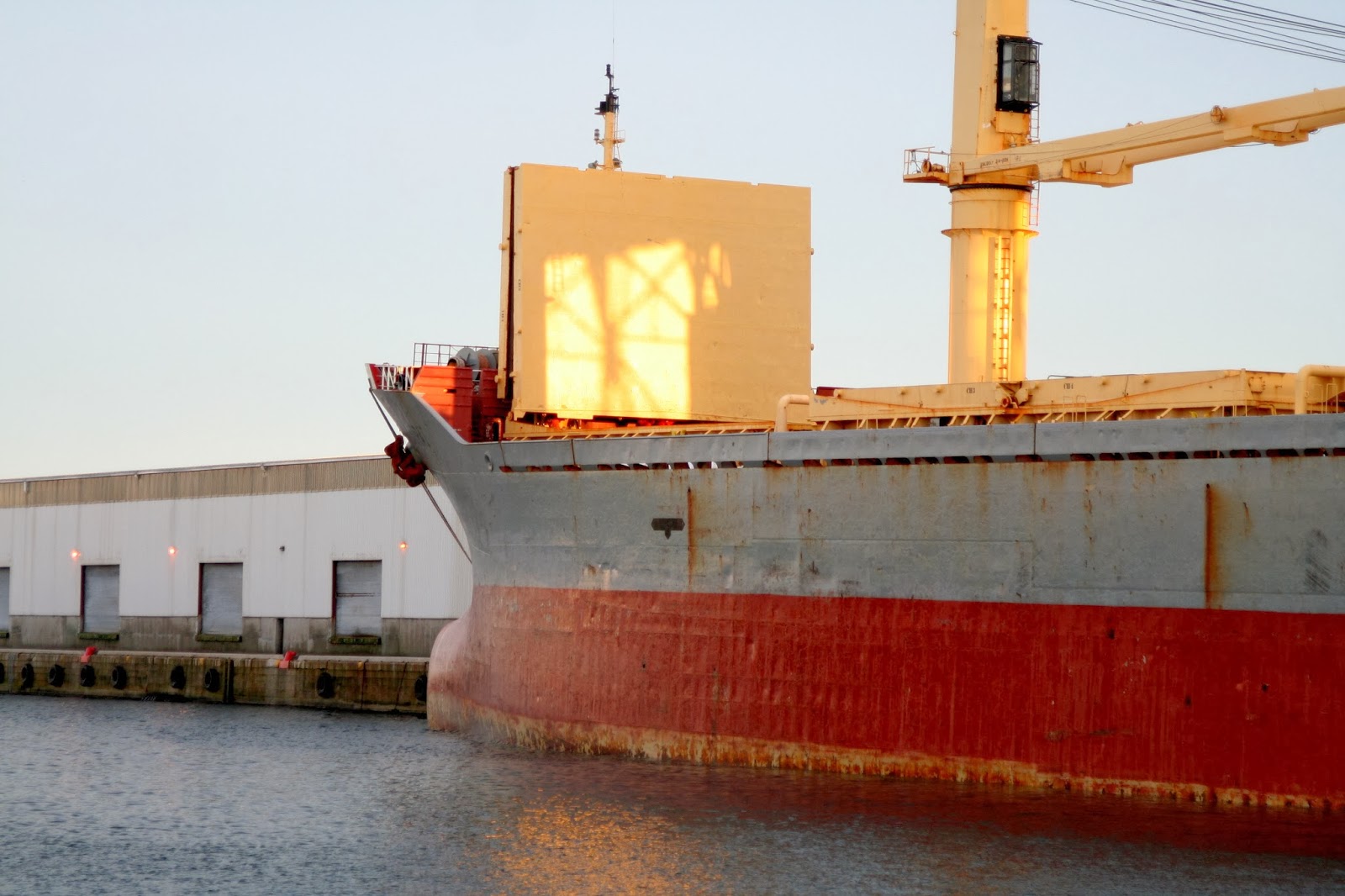 All week a lot of banging and crashing could be heard though the open hatch cover. The ship sailed this evening for the balmier climes of Savannah, GA.