A fire aboard the tanker Algonova in the Honguedo Strait (between Anticosti Island and the Gaspé peninsula) was extinguished by the crew today. The Oceanex ship Cabot and possibly other ships stood by and the Rescue Coordination Centre in Halifax dispatched a helicopter and a Hercules from Greenwood, NS to assist if needed. Latest reports indicate that there was no injury and no spill, but the extent of damage is not clear. The tug Océan Arctique is en route from Sept-Iles. 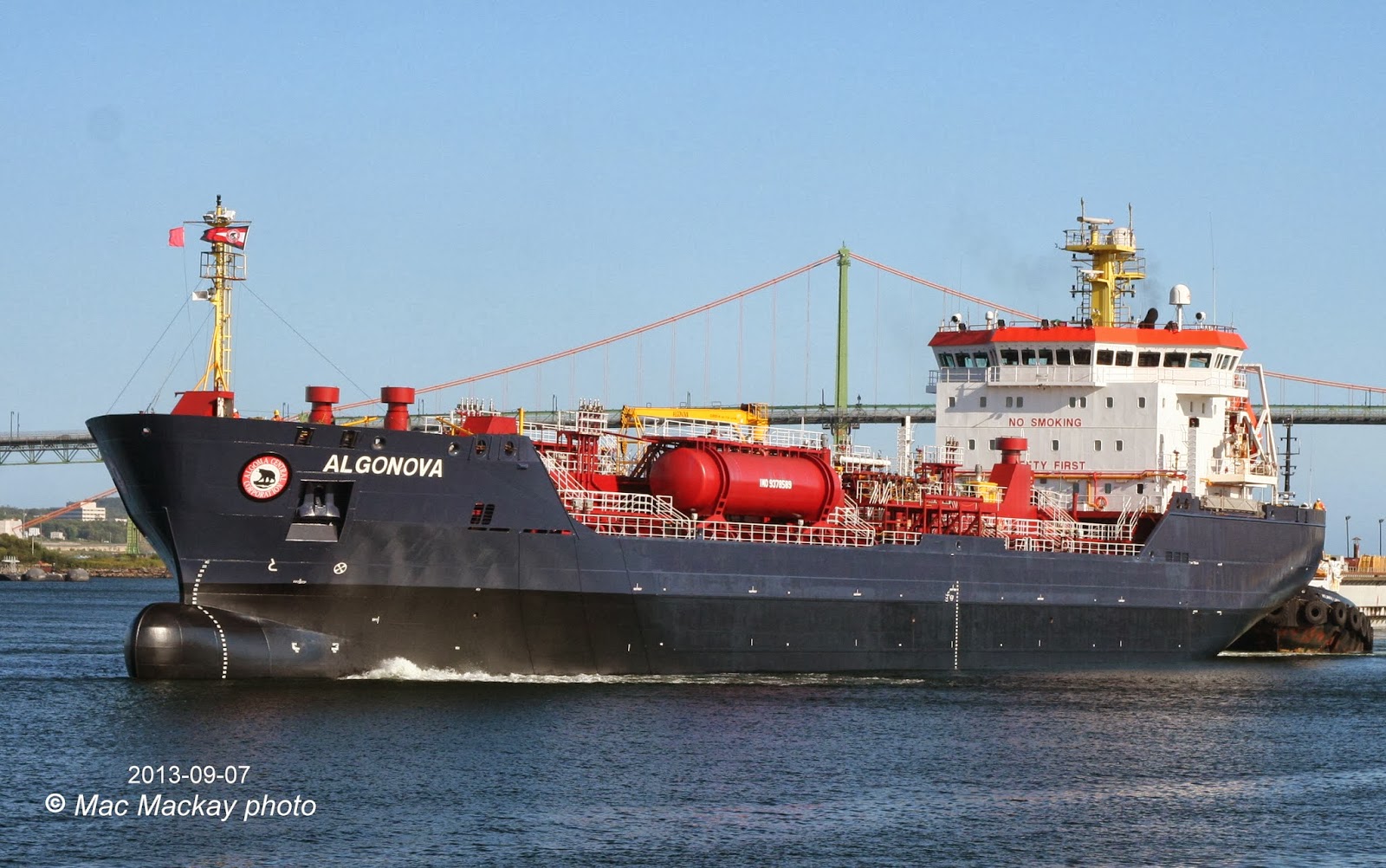 1. Algonova fresh from drydocking in September.

Algonova was built in 2008 by Medmarine Eregli, Turkey and delivered to Algoma Tankers September 12 of that year. Since 2011 it has worked on this coast, exclusively for Imperial Oil until last fall when it shifted to Valero (Ultramar). It arrived in Halifax on January 14 and was tied up at pier 34 for repairs, moving to Valero, Eastern Passage on January 15. It then loaded kerosene and moved to the Imperial Oil dock before sailing from Halifax Friday, January 17, 2014 bound for Quebec.

Fleetmate Algoma Dartmouth has a new lease on life following the charter deal with Sterling Fuels to provide bunkering services in Halifax. Sterling has bunkering facilities in Windsor, ON and bunkering tankers in Hamilton, ON, but there was a question as to where the fuel would come from for Halifax. 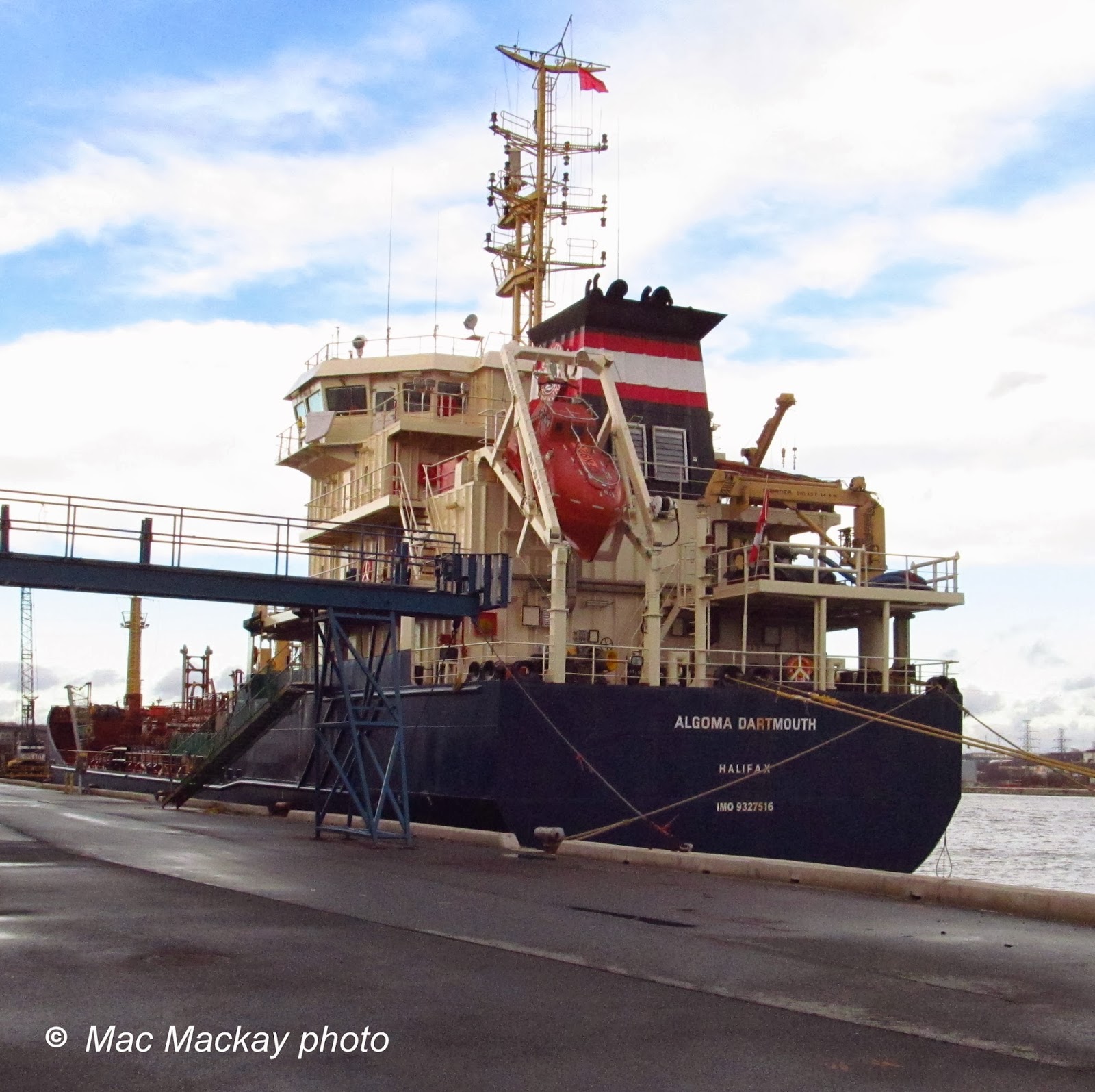 2. Algoma Dartmouth temporarily displaced to pier 9 on January 12 when Algonova was in for repairs.

Fuel for the Halifax operation is en route from Montreal on the articulated tug/barge Victorious / John J.Carrick. Operated by parent company McAsphalt, the tug/barge are usually in the dedicated asphalt trade between Sarnia and Montreal, but have worked on this coast, sometimes loading from Irving Oil in Saint John. On this trip however they will be carrying IFO to be transferred to Algoma Dartmouth likely at pier 33..

Meanwhile the tanker Maria Desgagnés- ironically on charter to Imperial Oil, will be arriving soon for a four to six week layup/repair session. It will be using pier 34, Algoma Dartmouth's usual home base.