CCGS Louis S. St-Laurent is hoving into port as I write this. There have been questions about her whereabouts of late - she is late out of refit - some suggesting that she would depart Argentia for the west coast of Newfoundland when she was really needed in the Gulf and St.Lawrence River.
Now here she is in Halifax - where there is no ice in sight and air temperatures of +10C - to take fuel!. Go figure.
But not only that - just watch where she gets it- not at Imperial Oil, but at HMC Dockyard is my bet.
Lost that bet - she went into Imperial Oil dock 3 for 0830 Sunday January 12. 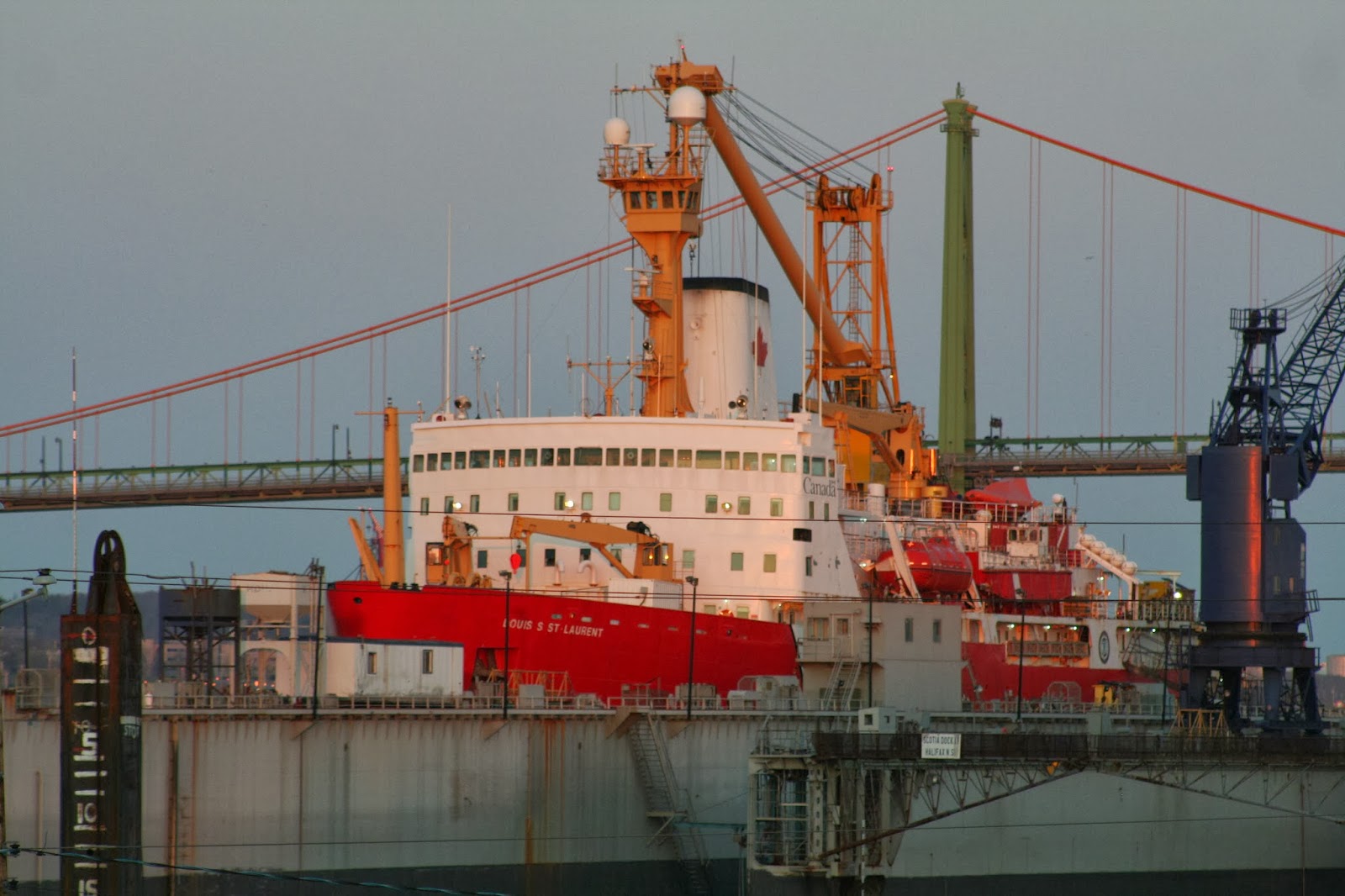 That brilliant decision to base her in Newfoundland makes less and less sense every day. When will they bring her back to her true home port of Halifax.