Acadia and Acadian, day and night

The "flagship" of the Maritime Museum of the Atlantic is the veteran survey ship Acadia. A veteran of two world wars and a pioneer in charting Hudson's Bay among many other achievements, the ship is now enjoying retirement at the museum wharf. 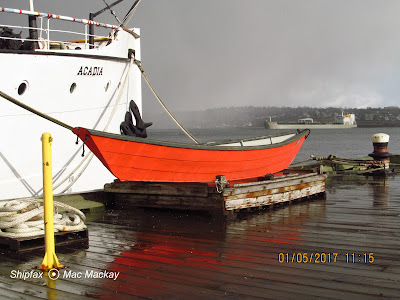 This morning while walking by I noticed that the Irving Oil tanker Acadian was anchored in an interesting juxtaposition with an orange surveyor's dory in between. I had to act quickly however - no time to carefully frame a photo- because a wall of snow soon enveloped the area and brought visibility down to near zero. 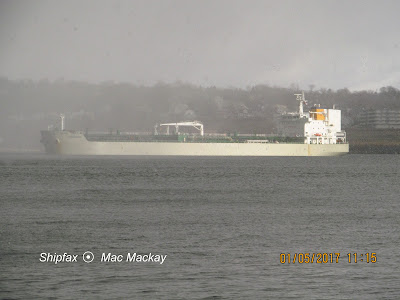 Bow in the snow, stern in the sun, Acadian awaits a turn at the Irving Oil Woodside depot. 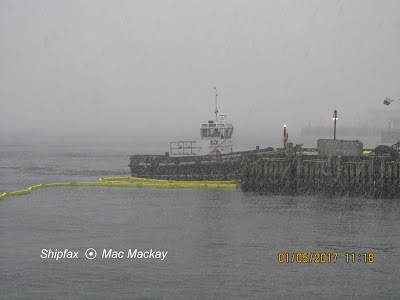 Three minutes later it was dark as night. The Halifax Tugger works with divers and a containment boom at Queen's Wharf where the latest waterfront development is under way.


It was just a snow shower however, and in a few minutes the sun was blazing again.