Determined not to miss another opportunity to photograph this particular ship, I decided to take a picture anyway despite low light.

My last opportunity was almost two years ago, on January 30, 2015, when it was anchored offshore. 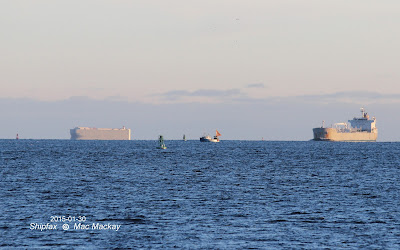 The fact that the ship was moving did not help, but at least I got the picture this time. 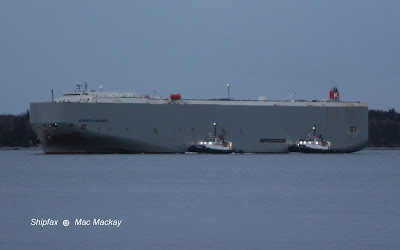 Atlantic Oak and Atlantic Fir are made up alongside to assist the ship in towards Autoport.


Adriatic Highway is one of the 100 plus strong autocarrier fleet of K-Line, the dominant plyaer in the industry. Built in 2008 by Imabari Zosen in Marugame, Japan, the 58,990 grt ship is one of almost 800 ships of its type in the world, with a total capacity of 3.7 mn cars. It is hard to believe that there are millions of cars are at sea somewhere in the world at any given time.