CMA/CGM gave Halifax a miss last week end. Since starting up their service in earnest in October 2015 (there were three trial runs before that) they had not missed a  week. 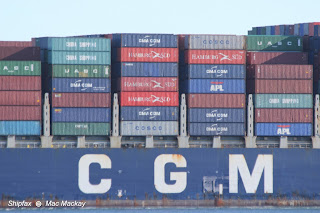 It would also have been a week to expect CMA CGM Tage the largest container ship to call in Halifax (it has been here twice before), but it seems to have been shifted to another rotation within the loop and is east bound toward Egypt. 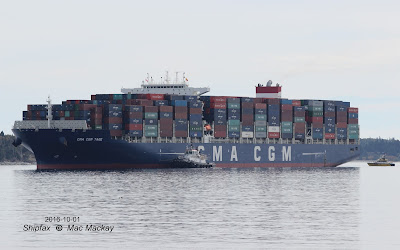 I don't know why there was no ship this time, but I can speculate that it was an intentional pass, due to seasonal traffic flow. The traffic between Christmas and Chinese New Year is usually slow. It is also winter on the North Altantic - a good time to find somewhere else to be - and many lines reduce service in winter.
There is also the possibility that a scheduled ship had a breakdown somewhere along the line. I would hope it had nothing to do with Halifax's ability to service one of the 9,000 TEU ships. Bigger ones than that are on the way. 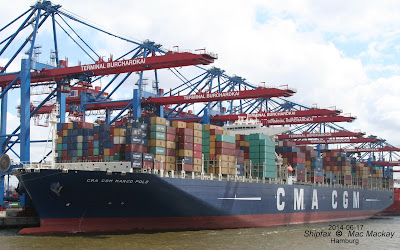