An on-line dictionary defines 'the big picture' with an example:


As the cruise ship Disney Magic arrived in Halifax this morning it was hard to miss the impressive sunrise as a big picture backdrop. 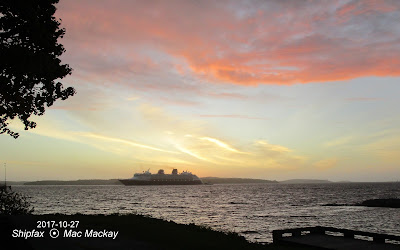 However for those of us interested in more detail, the ship is also impressive in its own right. 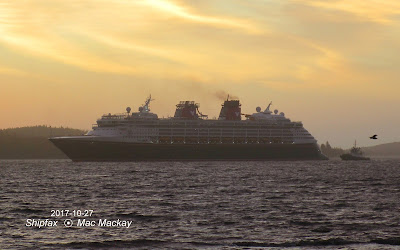 
Although only one of the funnels is for the propulsion system, the two funnel arrangement is distinctive and balances the ship's massive profile. It was very windy this morning and the ship used a tug to reach its berth at pier 22. 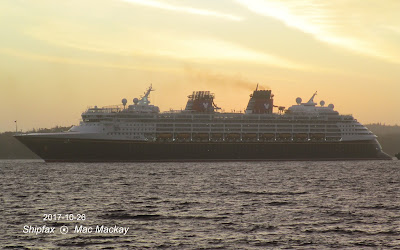 Although I could do without some of the whimsical décor, the Disney people got it right with the ship's lines and classic colour scheme.