After a rough day yesterday caused several delays in arrivals and departures, conditions were serene today and normal sailings resumed. 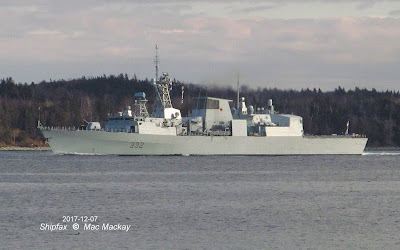 The frigate has been exercising in the Halifax harbour approaches.


Earlier in the morning the shuttle tanker Beothuk Spirit got underway for offshore Newfoundland to take up its duties, starting at the Hibernia oil field. It had been scheduled to sail yesterday, but its very high freeboard made disembarking a pilot too dangerous. The ships flies the Canadian flag and has a Canadian crew. 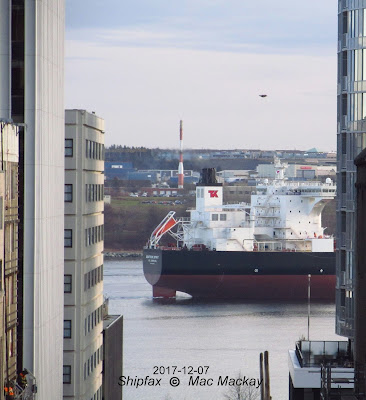 The ships passes Sackville Street, and its bridge is almost at eye level from my vantage point which was at the corner of Market Street, about 100 feet above sea level. 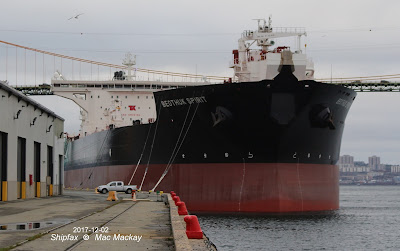 Before sailing: its massive full width bridge and bow loading structure dominate this image. The ship loads its cargo from offshore installations over the bow by special connection.

Note the markings for three thrusters and bulbous bow above the loaded waterline forward.(See previous post for more detail).