Salarium - we will need it soon

The self-unloading bulk carrier Salarium made one of its infrequent visits to Halifax today. The Canada Steamships Lines ship is on long term charter to Mines Seleine to carry salt from the Magdelan Islands salt mine to various ports in the region. It has just delivered a load to Saint John, NB and will load gypsum in Halifax as a back haul to Montreal. It makes few empty trips, so is always looking for cargoes other than salt to keep it busy. 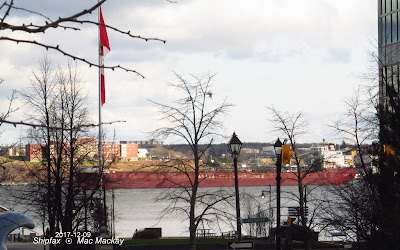 Salarium makes its way inbound passing the foot of Sackville St. My eye is only about 15 feet above sea level today, as opposed to yesterday's photo. I will make it to the waterfront eventually!


The ship was built by Collingwood Shipyard in 1980 as Nanticoke, a "Nova St.Lawrence" class ship, intended to trade the Great Lakes and east coast, carrying bulk cargoes such as ore, coal and grain. It was named for a Lake Ontario port, site of a large Ontario Hydro coal fired generating station and a steel plant.


In 2009 the ship was assigned to the salt trade and renamed, including a new funnel mark, which represents K+S Windsor Salt Ltd's Mines Seleine subsidiary.


We will soon be requiring road salt in Halifax in view of the weather forecast, and the occasional sight of flurries offshore. 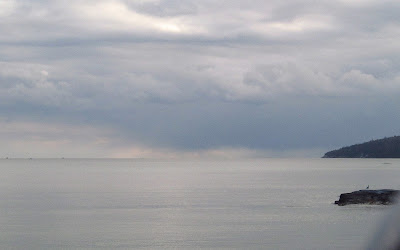