Despite taking a bit of a break, Shipfax still has its eyes on the harbour and there will be occasional photo posts from Halifax or Quebec from time to time during the month of August. 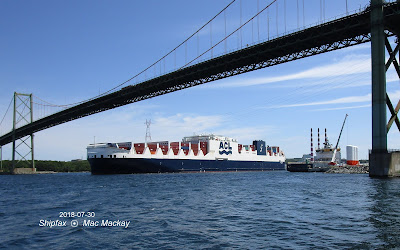 Today's arrival of Atlantic Sun in full noon time blazing sun was not to be missed.
Apparently some crew (or paying passengers) also enjoyed the ship's transit through the Narrows, from a  nicely shaded front row below the (ship's) bridge as they approached the A. Murray MacKay bridge. 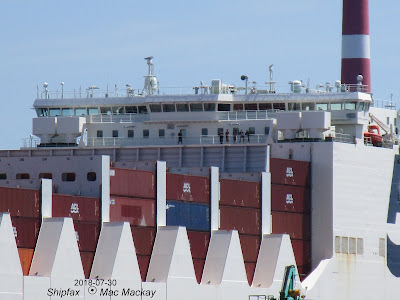