There was a variety of inbound traffic this morning, including the usual paddle board commuter, who travels from his Northwest Arm home to his downtown office on a daily basis (weather permitting). 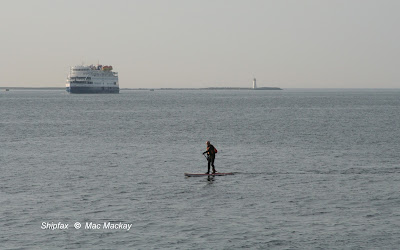 The cruise ship Saint Laurent made its second arrival of the season, 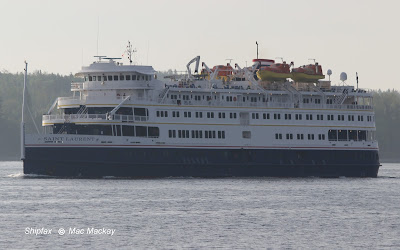 Before that the Maersk/CMA CGM service brought in the AS Palatia. It is the first vist for this well travelled ship since it was built in 2006 by STX Shipbuidling in Jinhae, South Korea. 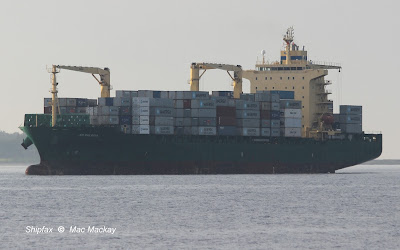 The 27,100 grt, 34,600dwt ship has a capacity of 2602 TEU and carries four 45 tonne cranes. It was built as Palatia and immediately renamed MOL Supremacy. In 2008 it was renamed three times becoming CMA CGM Oceano, Palatia, and AS Plalatia, It became Niledutch Durban in 2011 and earlier this year became AS Palatia again. It is owned by Ahrenkiel Steamship of Hamburg. The ship seems to be substituting for CMA/CGM, since the regular Maersk ship, Maersk Pembroke is en route from Montreal. 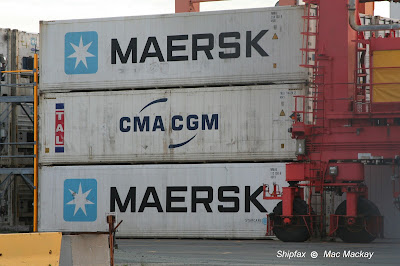 Reefers form a large part of the cargo loaded in Halifax, and stacks of white "seacans" await the ship, which is actually arriving a day earlier than the normal schedule would indicate.