Atlantic Star - Give Me Forty Acres

ACL's new Atlantic Star made its return appearance in Halifax Wednesday January 20, eastbound. Some mechanical issues with the stern thruster and ramp again caused the ship to extend its stay in port until this afternoon (Friday). 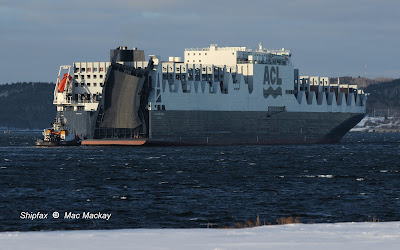 It got away from Fairview Cove quite smartly, with Atlantic Oak in attendance on the stern. 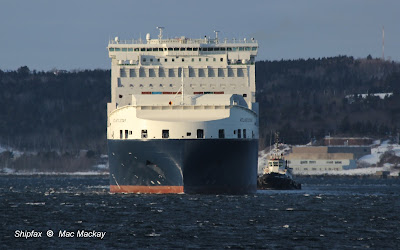 In stead of trying for a sharp turn to starboard around Seaview Point, the ship headed east across the Basin almost to National Gypsum, where it then made a sweep to port. There was a stiff breeze blowing across the Basin, which likely accounted for the maneuver. 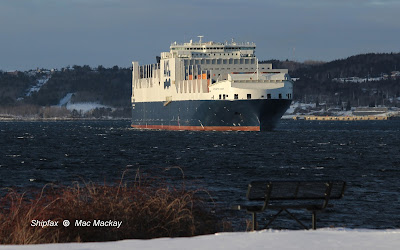 HMCS St.John's, which had been doing exercises in the south end of the Basin got well out of the way by going far north.(In the photo St.John's passes the newly renamed CSL Reliant at National Gyspum - see  today's   Halifax Shipping News for more on this.)


It reminded of the old country song Give Me Forty Acres and I"ll Turn this Rig Around. In this case however it was not the length of the ship, but its high sides, making it very subject to windage. 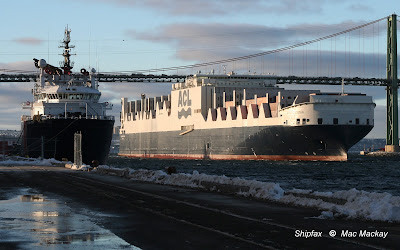 The ship passed a lineup of suppliers at pier 9C as it made its way up the Narrows, including Scotian Sea. 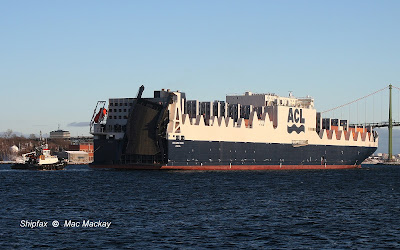 With Atlantic Oak still on the stern, the ship was well lined up for the Macdonald Bridge. 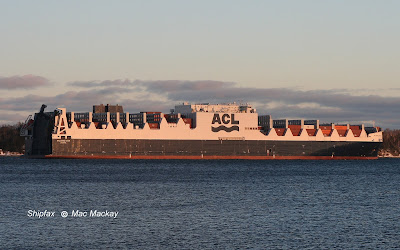 Finally outbound for sea, the ship starts to pick up some speed.