An idea whose time has come (again)

With delivery of the new ferry Vincent Coleman (see yesterday's post) and the imminent delivery of the fourth and last new ferry for Halifax Harbour, talk has resumed on a commuter rail service from the Beaverbank, Lower Sackville area into downtown Halifax. This is a great idea and would have worked years ago when all the rail lines were in place. Now there will be some serious upgrades needed, but it seems likely that the City and CN will come to some agreement. 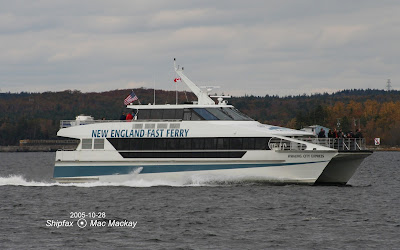 Another idea that has been quiet for a ling time is a waterborne commuter service from the Bedford area to downtown Halifax. A demo run using the high speed catamaran Whaling City Express in October 2005 attracted a lot of attention (and the usual naysayers). Traffic volumes have continued to increase in the Bedford to Halifax corridor, but nothing has been heard on the water commuter concept. 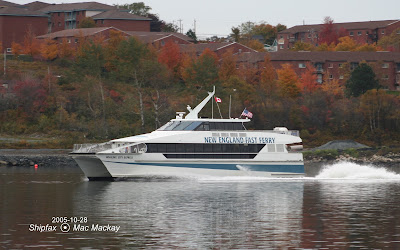 Recent developments had lead to me to the conclusion that time is right to discuss this again.
1. The upheavals that will be caused by the Cogswell interchange demolition will make bringing car downtown even more difficult.
2. The redevelopment of Shannon Park, including a proper dock could help to move north Dartmouth commuter into downtown Halifax. Alternatively it would be a convenient drop off point for Burnside with a proper bus connection.
3. Improvements to the current Halifax ferry terminal and requests to extend the Woodside service hours, indicates that ferry travel is popular.
So why not a ferry from Bedford, with maybe one stop at Shannon Park on the way, and a drop off in the vicinity of the Halifax ferry terminal?
Such a service would not necessarily be tied in Halifax Transit - it could be a totally private operation- but it is still worth looking at.

A potential site for a terminus is the fill area of Mill Cove, with piers already in place and a newly paved access road. The piers are used largely for pleasure craft and winter layup of harbour tour boats. 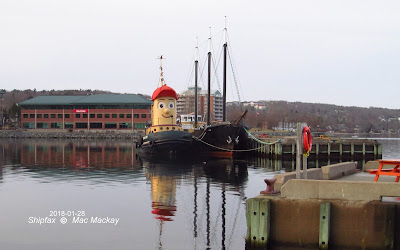