Halifax is a pip squeak on the word stage for containers. Consider the following port stats for 2016:
Among the top twenty world ports only two are not in Asia:
Among our neighbour / competitors:
How Halifax was able to achive a 16% increase with fewer cranes and larger ships indicates that the port must be working well below capacity. The increase is at least partly due to the addition of Tropical Shipping to the lines serving Halifax. 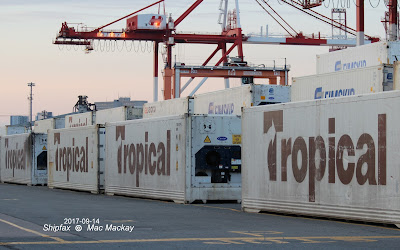 The arrival of the first 10,000 TEU ship was heralded, even tough 13,000 an larger are calling in nearby US Ports. 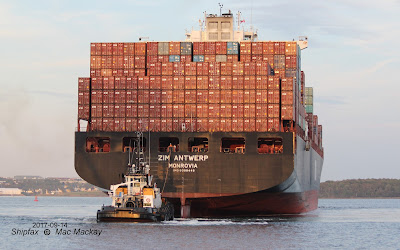 Nice as this increase my be, it is no invitaiton for complacency. The long promised master plan is needed now.

Overall Halifax port tonnage is up 12% signalling a major drop in non-containerized cargo. In fact export tonnage through HPA facilities was down a startling 25%. If non-HPA facilites are included there was an increase of 7.5% import and 7.7% export tonnage.