Cleaning crews await the cruise ship Balmoral when it arrives in Halifax Wednesday morning May 11 with ailing passengers. The ship has been struck with noro-virus, a gastric ailment that seems all too common in cruise ships or places where people are confined to tight quarters. The cleaners will swab down all the places that people touch, to sanitize the ship as much as possible.


Reports indicate that the worst is over and some 252 "stricken" [news media word] passengers have recovered but will remain infectious for two weeks. Seven have been confined to their cabins. There are 1423 people aboard (passengers plus crew) and are arriving from Saint John, NB. 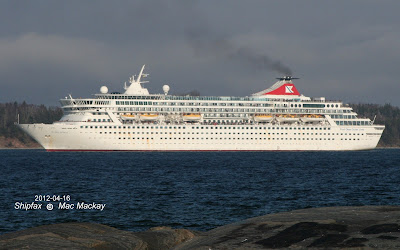 Balmoral passing Black Rock Beach inbound in 2012.
Since this photo the ship has acquired a gray hull.


The ship is better known in Halifax for its April 2012 "Titanic Cruise" when it visited the site of the 1912 sinking, laid a wreath and got my nomination for tackiest cruise theme. 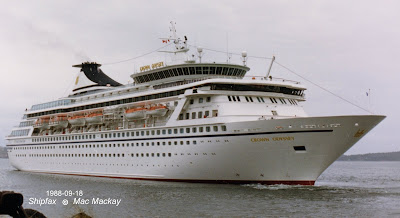 The ship called in Halifax in its first year of operation. It was built by Jos.Meyer in Papenburg, Germany and measured 34,242 grt. In 2008 it was lengthened 31.9m by Blohm+Voss in Hamburg and now measures 43,537 grt. Passenger capacity increased from 1230 to the current 1778. 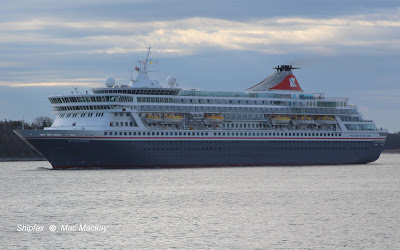 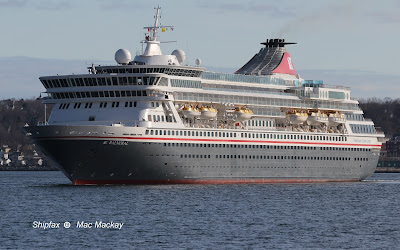 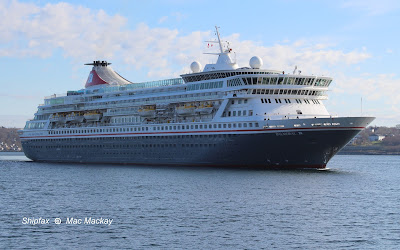 Balmoral did a swing around George's Island this morning to berth startboard side to at Pier 22.
.
Posted by Mac at 9:57 PM