It is fog season in Halifax again. Frustrating for some photographers, it does provide interesting opportunities to eliminate distracting backgrounds. 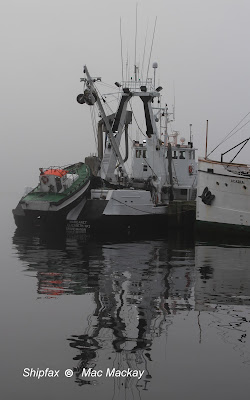 The veteran herring seiner Margaret Elizabeth No.1, built in 1971 in Pictou, is here once again. As usual it is tied up at the Maritime Museum of the Atlantic for the weekend, this time across the end of the Acadia's pier. It will likely sail this afternoon or tomorrow in search of the elusive migratory fish. 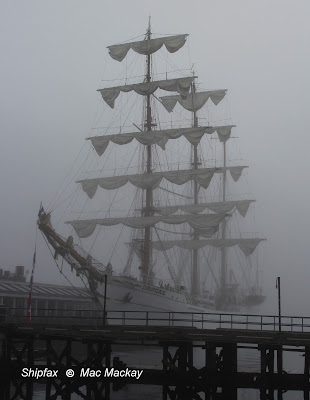 The tall ship Cuauhtemoc stands out against the fog at the Cable Wharf. Tomorrow it will move to HMC Dockyard. 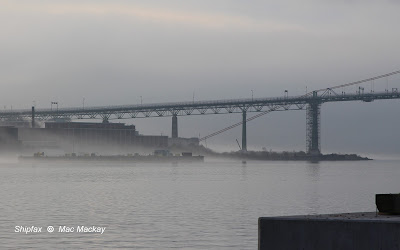 Jetty Lima stands out from the old J.P.Porter facility under the Macdonald Bridge, seen from Pier 9. Stay tuned for more on that wasteland area.


Later in the day:

Largely free of fog for its short stay in port for bunkers, the tanker Minerva Vera  occupied most of number one anchorage.

The autocarrier Prime Ace arrived in fog, made its way to a clear patch in the lower harbour, turning around Ives Knoll to the north of Macnab's Island, and was back into the fog to berth at Autoport. 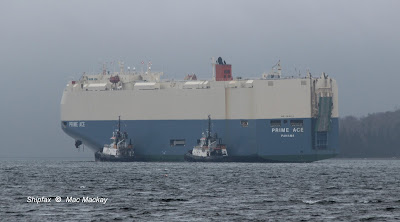 Tugs have the ship in hand as it heads for Eastern Passage and more fog.