Dalian Express ran the Narrows this afternoon in a stiff breeze as it made it way to Fairview Cove. Ably assisted by the tugs Atlantic Willow and Spitfire III (see Tugfax) the ship made quite a sight as it made a seemingly effortless passage. 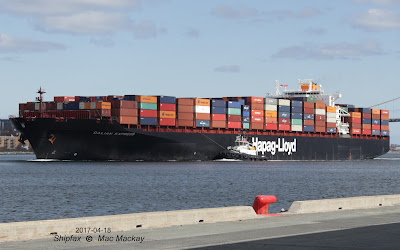 As a reminder that driving ships is not always trouble free, Nolhanava is still tied up at pier 9c but repairs to its crumpled bridge wing have now begun. 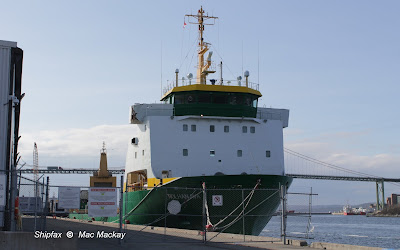 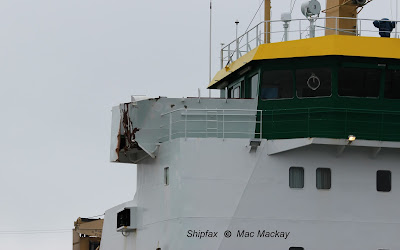 The crumpled bridge wing as it appeared on the weekend. 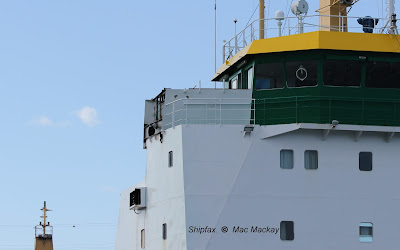 By today the damaged portion had been cut off.
.
Posted by Mac at 10:33 PM